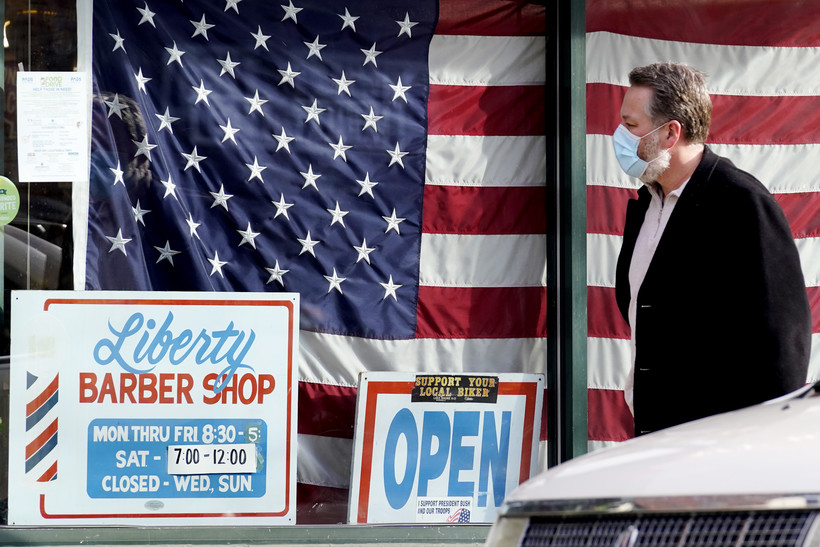 'Kick In The Teeth': Small Businesses Face Higher Taxes Because Of PPP Loans

Unexpected Tax Bills Come After A Year Of Low Revenue For Many Businesses
By Rachael Vasquez
Updated:
Wednesday, December 9, 2020, 10:25am
Share:

Small business owners across Wisconsin and the country may be forced to pay higher taxes after receiving money from the federal Paycheck Protection Program (PPP), adding to their costs at a time when many have seen their revenue crushed by the COVID-19 pandemic.

The program, created under the federal coronavirus aid bill, gave small businesses loans to cover payroll expenses in an effort to keep workers in their jobs, and to help them cover other business expenses, like rent or utilities. In general, if those small businesses were able to keep their workers employed and maintain salary levels, the federal government would forgive the loan.

But in mid-November, the U.S. Treasury Department and the IRS said if a business paid for expenses with money from a PPP loan that has been or will be forgiven, businesses cannot deduct those expenses from their taxes — deductions that would otherwise be routine in past years.

Without being able to deduct those expenses, many small businesses will be faced with a higher tax bill, a reality Republicans and Democrats in Congress say is not what lawmakers intended when they created the program.

A 'Gotcha,' 'Kick In The Teeth' For Businesses

Depending on the size of a business' PPP loan and the structure of the company, accountants said the ruling could cost small businesses thousands, tens of thousands, or even hundreds of thousands of dollars in some cases. That's despite the fact that most of the businesses that took part in the program didn't know they'd be hit with the increased costs when they signed up.

"This issue was nowhere within sight for business owners at the time that they applied for and received their PPP loans," said Terry Hoover, a partner at Wipfli, an international accounting and consulting firm with offices in Appleton. "It truly is a bit of a case of a 'gotcha' for businesses that proceeded to accept the loan on one basis of understanding of the tax outcome and now being presented with a very different basis."

Jon Neal, a certified public accountant and founder of the Milwaukee-area accounting firm, The Neal Group, said it was a "kick in the teeth" for businesses.

"Some restaurants have seen, like, an 80 percent decrease in revenue," Neal said. "And now to tell them that they're going to have to pay taxes on the $100,000 of PPP money just doesn't sit right."

Hoover noted this does not apply to self-employed individuals with no employees who took PPP loans. Those businesses will still be allowed to deduct expenses as they usually would.

In a joint statement on Nov. 19, U.S. Sens. Chuck Grassley, R-Iowa, chair of the Senate Finance Committee, and Ron Wyden, D-Oregon, ranking member of the committee, urged the Treasury Department to reconsider the ruling, saying the department along with the IRS was ignoring the intent of Congress.

"Since the CARES Act, we’ve stressed that our intent was for small businesses receiving Paycheck Protection Program loans to receive the benefit of their deductions for ordinary and necessary business expenses," Grassley and Wyden wrote. "Regrettably, Treasury has now doubled down on its position in new guidance that increases the tax burden on small businesses by accelerating their tax liability, all at a time when many businesses continue to struggle and some are again beginning to close. Small businesses need help maintaining their cash flow, not more strains on it."

On Dec. 3, hundreds of trade groups like the Associated General Contractors of America and the National Beer Wholesalers Association sent a letter to leadership in Congress urging them to pass legislation before the end of the year to correct what they called "an avoidable catastrophe for millions of small businesses."

"The effect of this (IRS) ruling is to transform tax-free loan forgiveness into taxable income, raising the specter of a surprise tax increase of up to 37 percent on small businesses when they file their taxes for 2020," the letter said.

Both the U.S. House and Senate have introduced bipartisan legislation that would allow businesses to deduct their expenses as normal. Sen. Tammy Baldwin, D-Wisconsin, is a cosponsor of the Senate legislation, and Reps. Mike Gallagher and Glenn Grothman, both Wisconsin Republicans, are cosponsors of a similar bill in the House. It remains unclear if the bills will be included in a broader stimulus package being discussed in Congress that, until recently, had been stalled for months.

The issue is yet another challenge stemming from a program meant to help businesses impacted by sweeping stay-at-home orders early on in the pandemic, in addition to businesses suffering after losing customers who simply chose to stay home for fear of catching or spreading COVID-19.

Many businesses initially struggled to understand the regulatory requirements they needed to follow to have the loans forgiven. The program was also criticized for primarily helping businesses with pre-existing banking relationships, leaving out many businesses owned by people of color.

As of August, when the program closed for applications, nearly 90,000 PPP loans were issued to Wisconsin businesses, according to data provided by the U.S. Small Business Administration, which administered the program. Those loans totaled more than $9.9 billion in aid to businesses across the state.

For business owners that are affected by the IRS ruling, Neal recommended talking to an adviser who is familiar with the program and its requirements. Past that, Neal said business owners can write to their congressperson or senator and "pray that it does get fixed."