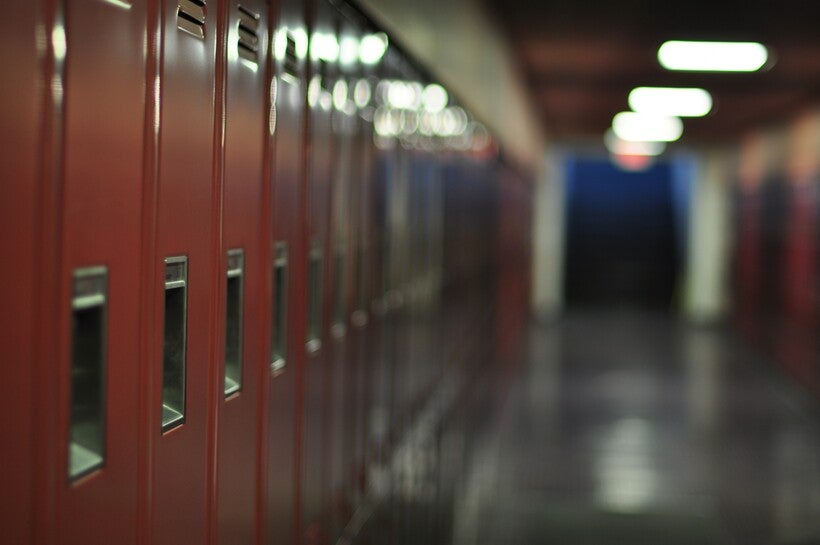 Video of a Kenosha high school teacher using a racial slur in the classroom has prompted an investigation by the school district, leave for the teacher and activist calls for staff sensitivity training.

A video taken by a Bradford High School student in November shows the school's Italian language teacher repeating the N-word multiple times in front of students. The teacher is now on paid leave, according to the Kenosha Unified School District.

Kristal Manthe's son and sister were in the class where the incident happened. Manthe said they told her the teacher used the slur after hearing one student of color use it in conversation with another student of color, asking why it was OK for the students to use the word and not white people.

The video obtained by WPR is less than 10 seconds long and students can be heard laughing in the background.

"I don't know if she was trying to prompt some sort of conversation about the issue, but this is an Italian class, so I don't really feel like this is a space where they should be talking about the subject," Manthe said.

Manthe said her husband brought the video to the principal's attention the day of the incident and was told it would be "taken care of." Even so, Manthe's son and sister said the teacher taught all of last week and never mentioned the incident.

KUSD School Board President Dan Wade said members of the board wouldn’t be commenting as the investigation is ongoing, but he said he’d only seen parts of the video.

In a statement, the district said the teacher would remain on paid leave until the investigation is complete.

"On Monday, Dec. 10, 2018, the office of human resources and superintendent learned of the incident and immediately launched an investigation," read the statement.

At a school board meeting Tuesday night, Adelene and Derrell Greene, who head the Kenosha Coalition for Dismantling Racism, told members the incident highlights the need for diversity and cultural sensitivity training.

According to recent data collected, almost half of the district’s more than 21,000 student population is white. Almost 29 percent of students are Hispanic and more than 14 percent are African-American.

Enrollment data going back six academic years shows the percentage of white students continues to drop, a trend the Greenes said goes back 20 years when their own children were enrolled in KUSD.

In the 2013-14 school year, white students made up more than 53 percent of enrollment.

"Because of the changing demographics, I think it would behoove the district to have diversity training so that all the staff — new staff as well as the incumbent staff — are aware of some of the things that are different amongst people," Adelene Greene told WPR.

"A lot teachers that come from rural communities and then all of a sudden they’re thrust into this urban community here and they have no idea how to deal with some of these issues the students bring to the classroom," he said.

Still, Derrell Greene said the incident with this teacher shows diversity is lacking in KUSD teachers and administrators.

"Those kinds of things don’t have good diversity so that people can talk to each other and tell each other what’s right and what’s wrong and that’s not happening in KUSD," he said, adding the coalition has brought this to the attention of the district.