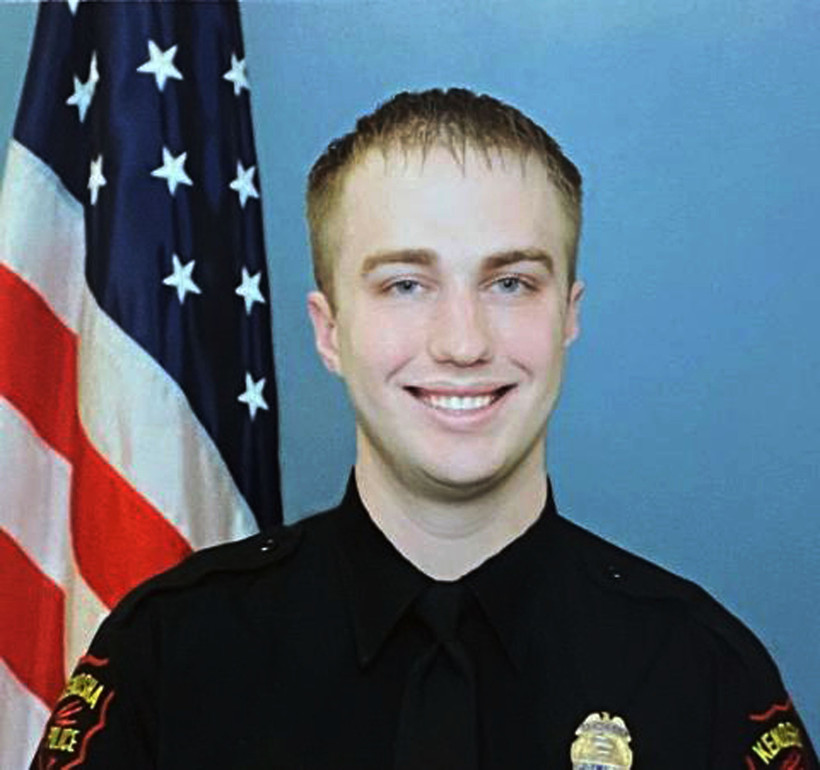 This undated file photo provided by the Wisconsin Department of Justice shows Kenosha Police Officer Rusten Sheskey. A Wisconsin prosecutor announced Tuesday, Jan. 5, 2021 that he will not file criminal charges against Sheskey, a white police officer, who shot a Black man in the back in Kenosha last summer, leaving him paralyzed and setting off sometimes violent protests in the city. Photo courtesy Wisconsin Department of Justice via AP

The white police officer who shot Jacob Blake in Wisconsin last summer was suspended for three days this year because his service weapon was stolen just weeks after the shooting that left the Black man partially paralyzed.

WISN-TV reports that officials waited seven months to investigate and the weapon is still missing.

Kenosha police told the TV station that Officer Rusten Sheskey reported on Sept. 15 that his Glock 17 service weapon had been stolen that day, apparently from inside his girlfriend's car. It was a loaner weapon Sheskey was given after the Wisconsin Department of Justice investigators seized the one used to shoot Blake.