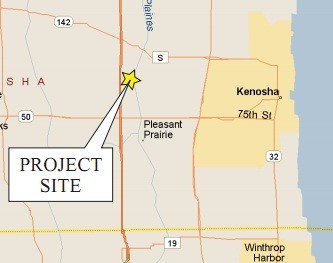 This year may end with the fate of the Menominee Tribe's proposed casino in Kenosha, much in question. Local officials are still speaking out in favor of the project, despite a new roadblock from Wisconsin Governor Scott Walker.

The governor could eventually veto the proposed off-reservation casino. Walker says if the Interior Department okays the Menominee tribe's project -- possibly early next year -- he wants to hear that all Wisconsin tribes back a new casino in Kenosha.

If Walker sticks to his demand for tribal consensus, that could sink the Menominee's plan. That's because a few other Wisconsin tribes have fought the Kenosha plan, notably the Forest County Potawatomi, which runs a casino in Milwaukee.

But some public officials in Kenosha rallying behind the Menominee tribe. State Senator Bob Wirch says the governor's aides previously said that only 9 of 11 Wisconsin tribes needed to support the Kenosha casino .

"So i think he's changing the rules and i think he's being very unfair in this process. we need the jobs in Kenosha, there's a chance for 3500 full time jobs. One-thousand part time jobs."

However Kenosha County Supervisor Terry Rose, who says he backs the casino because Kenosha residents want the facility, is worried the economic boost wouldn't last long.

"Many casinos around the country are having financial trouble, due to the economy," he says.

Rose says the Kenosha casino has been debated for more than a decade. 2013 may finally be the lucky, or unlucky, year for the project.