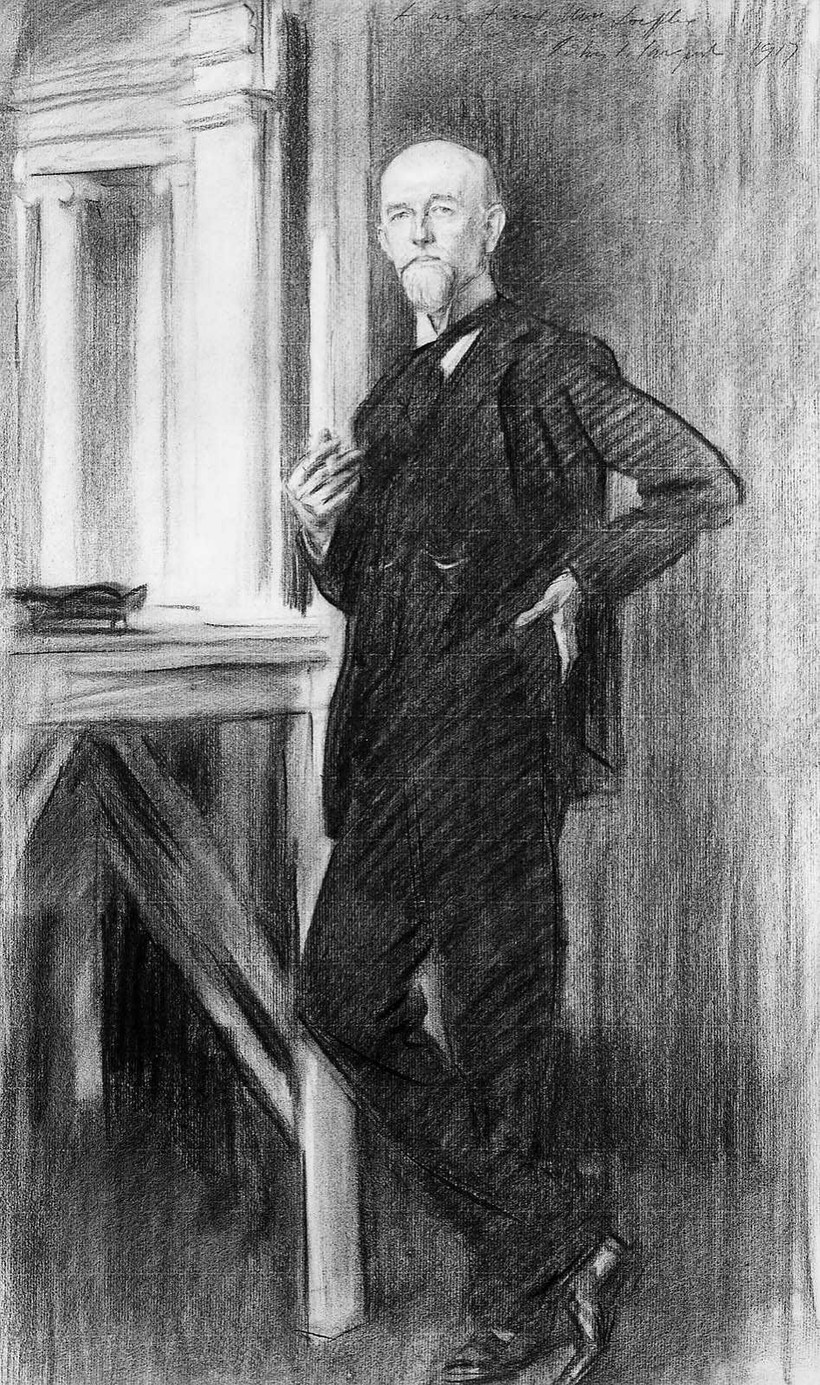 The farmer tramping over his grounds in Medfield, Massachusetts, had a keen ear for nature that served him well in his other job as one of America’s leading composers.

Charles Martin Loeffler had come to America from Alsace in 1881 at the age of twenty.  For twenty years he played in the first violin section of the Boston Symphony, then devoted himself to composing and farming.

One friend recounts that Loeffler’s sense of nature was as keen as his ear for music.  Walking through his woods immersed in conversation, the composer would break off in mid-sentence and whisper, “see that fox!”  Or, passing a pond, take his companion by the arm and say, “watch that turtle raise his head.”

Loeffler’s friend recalls that on a hot summer day in 1914 the composer and his wife and friends were gathered around the dinner table when Loeffler jumped up and said, “Listen to that bird!  She’s in distress—it must be a snake!” A hasty investigation found the bird fluttering frantically at the front door, which was adorned with leafy vines that hid a nest full of young birds.  One of Loeffler’s helpers reached into the vine and pulled out a long black snake.  Once the snake had been killed, the mother bird flew back to comfort her agitated brood.

On one occasion, however, Leffler’s hearing was not so acute.  Word had it that a band of gypsies had been stealing things in the neighborhood.  Loeffler swore that he would shoot the first trespasser he encountered on his property.  On a still and moonless night he was awakened by the sound of hooves on the road that approached his house.  Loeffler jumped from his bed, gun in hand, leaned out of the open window, and shouted at the unseen intruders, commanding them to respond at once and turn back or be shot.  On cue, out of the darkness, came the reply—a long, familiar moo.

Maybe it was keen senses--plus a touch of imagination--that enabled Martin Loeffler to become one of America’s great composers.