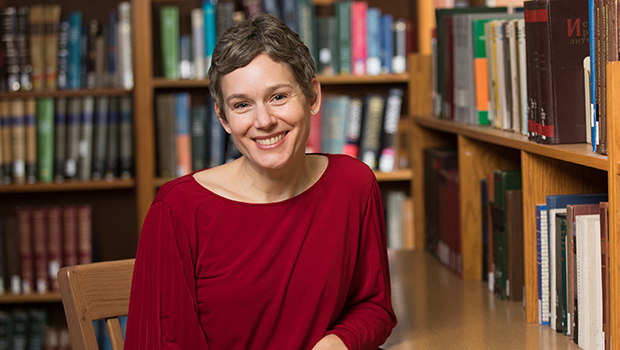 Beginning Dec. 3, Kate Archer Kent takes the helm as the new permanent host of "The Morning Show" on The Ideas Network. Listeners will recognize Kate's voice and engaging style from her previous fill-in role on the program.

"Kate brings passion to this role," said Kealey Bultena, executive producer of "The Morning Show." "It's a marvelous bonus to her fierce journalistic integrity and on-air skills. She shows respect for colleagues and callers alike, and her steady voice will help us engage with people who wouldn't otherwise pick up the phone, send an email, or hit tweet. With a dedicated production team and Kate at the mic, 'The Morning Show' is poised to discuss topics that encompass the diversity Wisconsin provides and that put our state in greater context."

Kate arrived at WPR in 2016 from Shreveport, La., where she reported for Red River Radio and hosted "Morning Edition." She spent two years in a "pinch hitter" position, working across WPR's two networks, filling in for talk show hosts on The Ideas Network and the news magazine hosts on the NPR News and Classical Music Network. She was a jack-of-all-trades for on-air and behind-the-scenes work. She served as interim host of "The Morning Show" starting in October 2017. She and the team put together shows about community, science, politics, nature, money, space, and much more. In June 2018, she was named executive producer of "The Larry Meiller Show" and manager on The Ideas Network, overseeing the editorial flow of the shows and network quality standards.

While at Red River Radio, Kate covered the economic repercussions of the BP oil spill, followed a family as they coped with the closure of the Shreveport General Motors plant, and walked in the footsteps of a wildcatter negotiating where to drill during the Haynesville Shale natural gas boom. Kent holds a master of journalism degree from Temple University and a B.A. in English and political science from the University of Minnesota, Morris.

WPR's "The Morning Show" offers diverse perspectives on state and national news, pop culture and life in Wisconsin. The call-in show airs weekdays from 6 a.m. to 9 a.m. on The Ideas Network. Along with WPR and NPR news updates, the show brings in knowledgeable guests to discuss different perspectives on state and national news and lifestyle topics like healthy living, travel, and recreation.