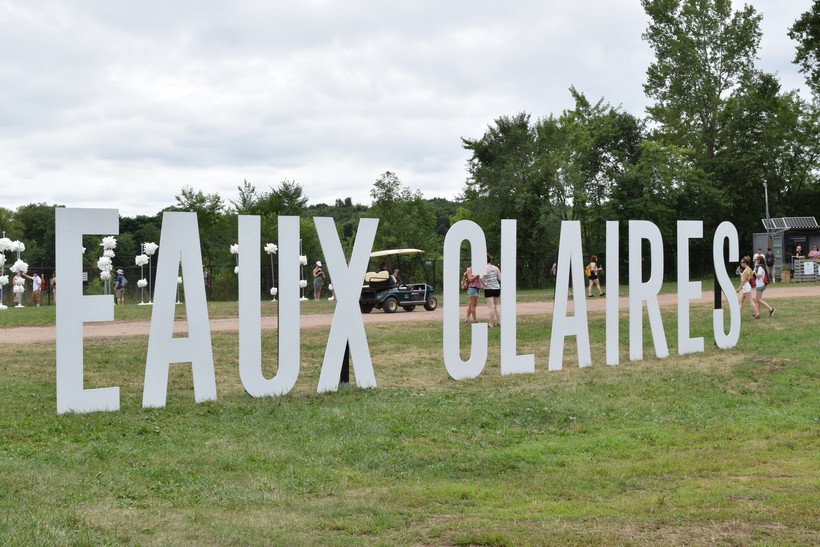 Eaux Claires — the alternative music and arts festival that has drawn national attention to the city of Eau Claire — will take a break in 2019. But festival organizers say the show will go on in 2020 in a new location, possibly in the city’s downtown.

In 2014, Vernon and Dessner announced they would hold a two-day music and arts festival just outside Eau Claire on a property that hosts other major festivals including Country Jam. The inaugural festival in 2015 featured artists including Lizzo, Marijuana Deathsquads, Sufjan Stevens and the first live performance by Bon Iver since 2012.

The festival has drawn international attention with people traveling from around the world to attend. It also bolstered Eau Claire’s reputation as a burgeoning music and arts scene, landing it on lists featuring the best small towns to visit. A 2017 article even heralded Eau Claire as the "mini-Portland of your dreams."

While the first Eaux Claires festival had been considered a runaway success with attendance above 20,000 people, the second and third iteration suffered from dwindling attendance. In a July interview with Volume One Magazine in Eau Claire, Vernon said despite the challenges, the creative team behind the festival planned on continuing it for 20 years.

"We made money the first year," Vernon said. "We lost a lot of money the last the couple years. But we’re not gonna give up. And we’re gonna keep trying to figure out what this thing is without trying to be like financially guided, other than just trying not to lose our a---- … 20 years we hope to be doing this thing, if not longer. I foresee giving up very few times between then and now."

The Eaux Claires festival in 2018 was also less successful than the first. Attendees complained on social media about a lack of rest room facilities and long lines at concession stands. Some were also put off by organizers not announcing the lineup of artists until the first day of the festival. A review in Variety Magazine panned the festival and called the lack of an advanced lineup a "risky affair."

"Sadly, it over-promised and under-delivered," wrote Jeff Miller. "Though Eaux Claires IV was full of one-off musical collaborations and unique sets, the lack of any true large-scale surprises on the lineup gave the whole gotcha element more of an air of "meh" than of 'wow.'"

Eaux Claires organizers released a statement on the festival's website announcing they would be taking a break in 2019 in order to regroup and reimagine the festival for 2020, no date was given.

"Ultimately, we want a better experience — not just for us, but for everyone," the statement read. "Is that too vague? We’re not trying to do that anymore, so here…

No Eaux Claires V in 2019. It will happen in 2020, and it will be more focused, fun, and internal. We will have a couple of public events in the coming months hosted at Pablo Center at the Confluence. These events will incorporate performance and dialogue about the direction we plan on taking the festival throughout the coming decade.  Looking forward to seeing you there."

An article Monday in Volume One expanded on the announcement, noting the possibility of a smaller version of the Eaux Claires festival being moved downtown. Volume One Editor Nick Meyer, who is a friend and business partner with Vernon, said the change is in line with the musician's original vision.

"While a move downtown may seem unusual when most of our large-scale local music festivals take place in nearby farm fields, a downtown-based event was actually founder Justin Vernon’s original concept for the festival before it launched on the Country Jam grounds in 2015," Meyer wrote.