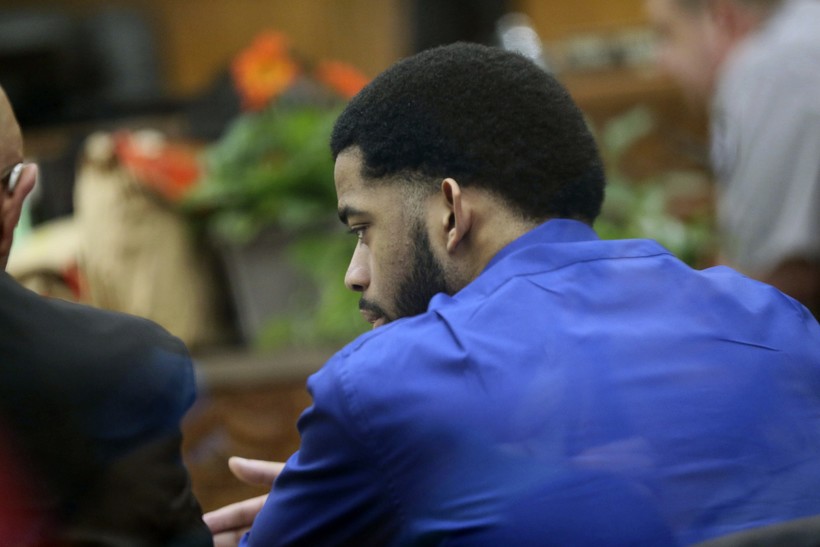 Milwaukee police officer Dominique Heaggan-Brown sits in court during his trail in Milwaukee on Wednesday, June 14, 2017, in Milwaukee.

Former Officer Dominique Heaggan-Brown Charged With Homicide In Death Of Sylville Smith
By Ross Terrell and The Associated Press
Share:

A sequestered jury has begun deliberations in the case against a former Milwaukee police officer who fatally shot an unarmed black man last August.

Chisholm told the jurors Smith "looked like a child" and was in a vulnerable position when he was fatally shot.

Chisholm said the first shot was justified when Smith, who is also black, was holding the gun and attempting to throw it over a fence. But when Smith was on the ground and shot a second and last time, he had no intent, no weapon and no way to harm Heaggan-Brown because by that time Smith had thrown the gun over the fence, Chisholm said.

Smith ran from police during a traffic stop carrying a gun, while Heaggan-Brown was in pursuit. Smith, 23, threw his gun away one second before Heaggan-Brown fatally shot him. The shots, 1.7 seconds apart, were what ended the brief foot chase that lasted 12 seconds and sparked two nights of unrest in Sherman Park, the predominantly black neighborhood where it happened.

But attorneys defending Heaggan-Brown against the charge of first-degree reckless homicide countered, saying the former officer acted in self-defense because Smith was armed when the foot chase began.

The defense attorneys argued body camera video evidence being presented in a frame-by-frame manner during the trial is not an accurate representation of how the scene played out in real life.

The defense attorneys, Jonathan Carver and Steven Kohn, claimed Heaggan-Brown showed restraint, claiming the officer could have fired multiple shots, but showed regard for human life because he only fired twice and later checked Smith’s pulse. That is grounds for a not guilty verdict, the defense said.

The jury went into deliberations around 11:30 a.m. Tuesday and retired for the day before 5 p.m. to pick up again Wednesday morning.

Milwaukee Police Chief Edward Flynn fired Heaggan-Brown in October after the former officer was charged with an unrelated sexual assault.