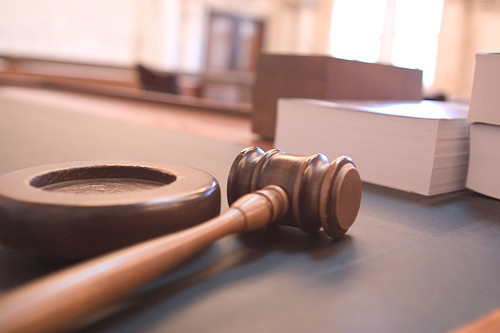 As Elected Officials, Judges In Wisconsin Can Face Recall Elections And Impeachment After Court Rulings
By Scottie Lee Meyers
Share:

Efforts to recall a California judge after his recent lenient sentence of a convicted rapist is raising questions about holding judges accountable for court rulings.

By the next day, a petition had collected 191,000 signatures to recall Persky as he undergoes an unopposed reelection.

Judge recalls in Wisconsin, like California, are possible under state law because those serving on the bench are elected.

Wisconsin has seen a strikingly similar call for the removal of a judge, said Judge Jean DiMotto, who served for more than 15 years in Wisconsin, most recently in felony court.

In 1977, Dane County Judge Archie Simonson sentenced three teenage boys to what was essentially home detention for raping a classmate on their high school campus, according to DiMotto.

"There was a huge outcry, and the outcry was not just to the sentencing," she said.

The outcry came after Simonson stated in multiple interviews with local and national news outlets that he felt the boys were "reacting normally" to the sexually permissive atmosphere in Madison, where women wore promiscuous clothing, DiMotto said.

A petition to remove Simonson from the bench quickly circulated and he would become the first and only judge to be recalled in Wisconsin's history. He was five years into a six year term.

"He's the only example in Wisconsin of a judge who was recalled for behavior that the electorate found reprehensible," DiMotto said.

In addition to being held accountable to the public, judges in California and Wisconsin can be impeached by the state legislature. No Wisconsin judge has been impeached, partly because popular opinion holds that one ruling shouldn't determine their legal acumen, DiMotto said.

Various judicial commissions and the state Supreme Court can impose suspensions and other disciplinary measures as punishment, DiMotto said.