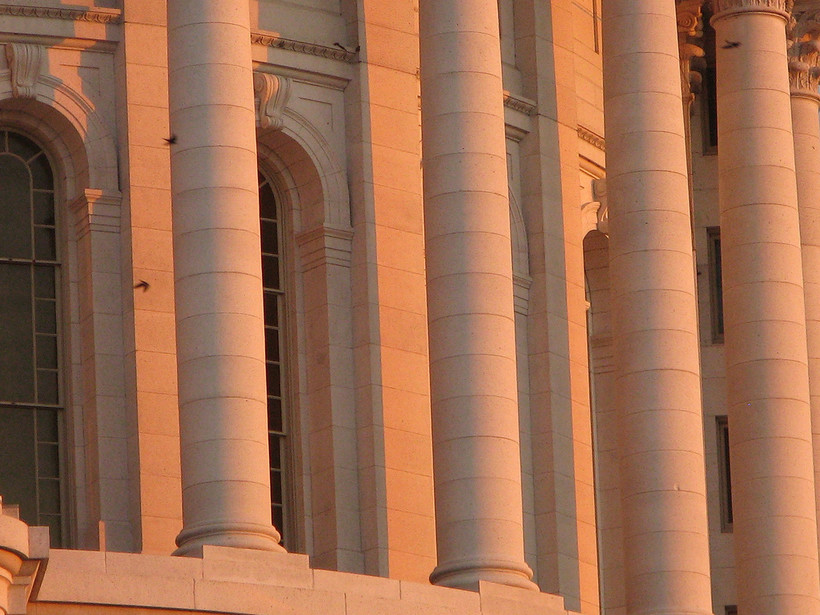 Judge Could Rule On Capitol Protest Regulation Case Next Week

A federal judge in Madison could rule as soon as next week on the constitutionality of the current rules regulating demonstrations in the state Capitol rotunda.

During a court hearing on Wednesday, Department of Justice attorneys argued that the current Capitol access rules actually protect the free-speech rights of individual citizens to praise or protest government policies in the Capitol rotunda.

But American Civil Liberties Union (ACLU) attorneys say the new requirement that groups of more than four get a permit to hold a rally suppresses, rather than protects, free speech. University of Wisconsin (UW) professor Michael Kissick is challenging the rules imposed by the new Capitol police chief, Dave Erwin that have led to dozens of people being issued citations for carrying signs or singing. Kissick says his goal is to reinstate the policies carried out by former Capitol Police Chief Charles Tubbs.

"How are we going to convince this police force, which has now become very hostile, ticketing randomly and not answering questions? There's no way I feel safe, cause I don't know who else is coming! I can't make arrangements with every other protester in Wisconsin, or at least in Madison to find out when I can go and nobody else will be there. It's very scary. "

Former Capitol Police Chief Charles Tubbs testified that he had maintained order in the Capitol without permits by negotiating with protest groups to prevent disruptions to the daily business of legislators and Capitol visitors.

Judge William Conley challenged the state's attorneys to defend the need to require permits for groups as small as four people. He set a deadline of next Tuesday for the state and the ACLU to file final briefs in the case.