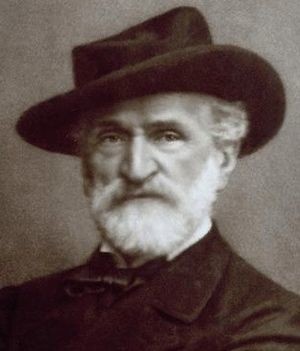 Fifty years after the publication of Giuseppe Verdi’s opera Oberto, an Italian newspaper proposed a Verdi Jubilee. The seventy-five-year-old composer responded to the idea in a letter to publisher Giulio Ricordi on November 9, 1888, thinking for a moment that the superstar of the age, soprano Adelina Patti, might participate. Then he settled back into his doubts and closed with a self-deprecating quotation from Hamlet:

I see that the papers are talking about a jubilee! Take pity on me! Of all the useless things in the world, that is the worst, and I, who have done so many useless things, hate them wholeheartedly. Anyway, it can’t be done, and it’s an imitation of foreign customs that opens the door to assumptions that are untrue, and cannot be true, and must not be true.

In repertory theaters this jubilee would be, although still useless, nevertheless possible. But in that case the inevitable result would be a wretched, ridiculous folderol. They are even talking about artist celebrities. Ugh! Patti, who is a genuine artist, might in a moment of madness, say yes. But others, while not outright refusing, would later conveniently recall “obligations”--outside the known world if necessary.

You, who can be reasonable when you want to, must write a couple of lines opposing this idea as useless and impossible. You, who are an authority in matters like this, will no doubt be believed. And if you find that there has to be some kind of accommodation, suggest that the jubilee be scheduled for fifty days after my death. Three days are sufficient to consign men and objects to oblivion!

“Oh, heavens!” says the poet of all poets. “Died two months ago and not forgotten yet?”

I am depending on the three days. Farewell!

Neither three days nor two months was enough to make people forget Verdi, and his funeral in Milan in 1901 is said to have been the largest public assembly in the history of Italy.