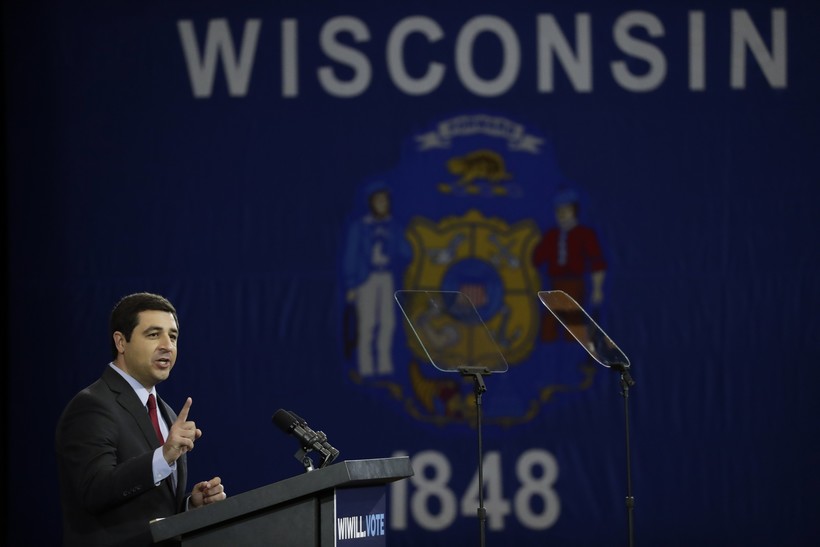 Democratic Attorney General-elect Josh Kaul will take office in about three weeks, but he’ll assume the role with less power than his predecessor, Republican Attorney General Brad Schimel, who Kaul defeated by less than 1 percent in November's midterm elections.

Several Republican bills were signed by Gov. Scott Walker last week limiting both the governor and attorney general’s powers, including eliminating the state Department of Justice's solicitor general’s office, allowing lawmakers to intervene in state lawsuits and requiring the attorney general to get the Legislature’s approval before settling cases.

Rob Ferrett: Let's start with the extraordinary session of the Legislature, when it comes to the powers of the attorney general what's on your mind?

Josh Kaul: Well first and foremost this is terrible legislation. This legislation has not been thought through as well as it should have been and there are some significant problems with it.

One is it takes resources away from the Wisconsin Department of Justice. That's not good for public safety. Another problem with the bill is that it reduces the powers of the governor and the attorney general, it's really an attempt to undermine the results of the elections. And one of the things that is sure to result from this legislation is that there's going to be litigation.

RF: Is there going to be litigation from you?

JK: I'm going to wait to comment on that until I am in the (attorney general)'s office, but I think regardless of who brings litigation, there is certain to be litigation because this is a significant shift in the way that our government is organized, it's a significant shift of power away from the executive branch to the Legislature and this is not how the transfer of power has worked literally for generations in this state or in this country.

RF: One issue in the news this week is the Affordable Care Act. We had a judge in Texas saying it's unconstitutional, going along with a lawsuit filed by 20 states, including Wisconsin. Now you are limited under this new legislation from pulling the state out of that lawsuit as it advances probably to the Supreme Court. How do you handle this?

JK: I campaigned in part on the need to withdraw Wisconsin from this lawsuit. Gov.-elect (Tony) Evers called on Gov. Walker to direct Brad Schimel to withdraw from the lawsuit. At no point did somebody say, 'Oh we may very well be changing the powers of the governor so he no longer can direct the (attorney general) to withdraw from this suit.' That's something that only came up after the election took place, it's really made that debate that we had in these elections into a sham and that's one of the unfortunate aspects of this legislation.

RF: Another big issue is Wisconsin's voting maps. A trial is set for April and the latest incarnation of that is the assembly is going to be allowed to have an attorney to make the case for these districts. How is that going to work?

JK: The AG's role is to defend state statutes even if the AG disagrees with them, one of the things I will be doing is defending the state's legislative maps. It's also appropriate though to speak up when there is room for positive policy change and policy improvement. We are spending money litigating over these maps, we're now going to have not only the (attorney general's) office, but also lawyers for the Legislature involved in defending these maps.

I would like to see Wisconsin move to an Iowa model where we have a nonpartisan redistricting process so that voters once again have control over our democracy, and we have voters choosing their representatives and not the other way around.

JK: I do. The opioid epidemic is one great example, also add the growing meth problem we have in Wisconsin. I'm going to work with law enforcement agencies at the county, local and federal level to improve coordination so that we can work together to target large scale drug traffickers, people who are transporting meth, heroin or fentanyl across county and state lines.

I'm going to be an advocate for expanding access to substance abuse treatment in Wisconsin. One of the things I’ll be doing as (attorney general) is taking a look at where the multi-state investigation is into the pharmaceutical manufacturers because we need to hold them accountable to the extent that they've been responsible for the opioid epidemic through false and deceptive marketing practices.

And then one other area is we still haven't expanded Medicaid in Wisconsin. If we do that we'd be able to cover about 80,000 additional Wisconsinites under BadgerCare ... and we'd also save the state about $190 million a year. And we can put that into a number of areas, for example expanding access to treatment.