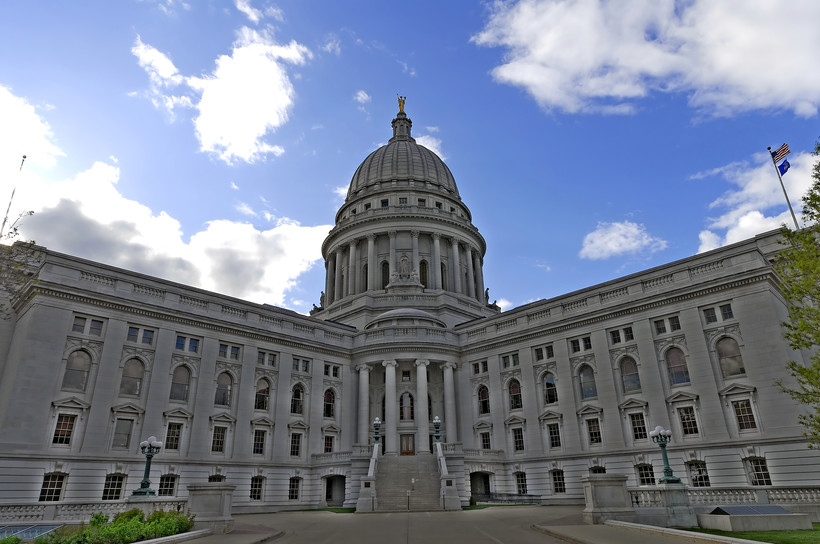 There will finally be answers to some of the big questions about Wisconsin's state budget if everything goes as planned this week at the state Capitol.

The Legislature's Joint Finance Committee is scheduled to finish its work on the budget with a lengthy agenda that includes everything from the University of Wisconsin to care for the disabled to a new arena for the Milwaukee Bucks basketball team.

Here are a few of the highlights of what lawmakers are likely to do:

If there's one agency that bore the brunt of the state budget woes this year, it's arguably the University of Wisconsin System.

Gov. Scott Walker's budget proposed a $300 million cut to the UW System over two years — a 13 percent reduction to the system's state funding. He also proposed continuing a tuition freeze at the UW System and creating an inflation-based tuition cap for future budgets.

Walker initially framed the plan as a tradeoff: In exchange for the budget cut, the governor was giving UW officials more freedom by spinning it into a "UW System Authority."

However, Republican lawmakers have since declared the public authority idea dead, and many campuses are already bracing for budget cuts with layoff notices and employee buyouts.

No issue evoked more emotional testimony at the public hearings on the budget than the changes the governor wants to make to Wisconsin's long-term care programs for the elderly and disabled, particularly his decision to end Wisconsin's IRIS program.

Walker wants to take Wisconsin's Family Care statewide and turn over control of the program to a handful of private HMOs. In the process, he would end the IRIS program, where people with disabilities receive a budget and hire their own caregivers with the help of an IRIS consultant.

GOP lawmakers said that they won't approve Walker's plan and want to preserve so-called "self-directed care" in the budget.

IRIS advocates said that they fear the worst. They say there's no way a for-profit HMO will give them the same kind of choices and freedom they enjoy with IRIS right now.

Last month, the key players in negotiating a new NBA arena for the Milwaukee Bucks said they were making progress, and Walker said he thought a final deal was near.

Nearly a month later, there's nothing new to report. Walker's budget proposed borrowing $220 million for an arena. Republican lawmakers wanted that scaled down to $150 million.

Republicans have been pressuring the city of Milwaukee and Milwaukee County to pay more. City leaders say their options are limited. They suspect Republicans are setting them up to take the blame if an arena deal falls through and the Bucks leave town.

Lawmakers from both parties say they don't support Walker's plan to borrow $1.3 billion to pay for roads. The question is what they're going to do about it.

Majority Republicans floated the idea of raising vehicle registration fees to pay for roads, but Walker all but promised a veto, saying he'd view a registration fee hike as a tax increase. If new revenue is off the table, Republicans might look to cut road projects.

Don't expect long-term answers to the state's long-term issues when it comes to paying for roads.

Conservative groups want the law repealed, saying it's at odds with free market principles. They argue that if Republicans don't end the prevailing wage law when their majorities are this big (19-14 in the state Senate, 63-36 in the Assembly), they never will.

GOP leaders say they don't have the votes for a full repeal, but they might tweak the law. Whatever they decide could get rolled into the budget.

A coalition of contractors and unions is fighting to protect prevailing wage, saying any changes to the law would only serve to cut worker pay and reduce the quality of construction projects.

Walker's budget would cut 29 jobs at the state Department of Natural Resources, 18 of them scientists, 11 of them educators.

Walker's administration described it as a cost-saving move. Critics say it's another sign that in the business-friendly Walker administration, science is taking a back seat. Walker's budget would also effectively freeze new land purchases through the Warren Knowles-Gaylord Nelson Stewardship Program for the next 13 years.

Some Republicans have pushed back on that move, including Assembly Speaker Robin Vos.

It wouldn't be a budget without some last-minute surprises.

Two years ago, lawmakers used the last night of Joint Finance Committee budget deliberations to add a provision that would have evicted the Wisconsin Center for Investigative Journalism from the UW-Madison campus (it was ultimately vetoed by the governor).

Two years before that, Republicans added a Manufacturing and Agriculture Tax Credit to the budget, which will all but eliminate state taxes for some businesses. That credit has proven to be much more expensive than originally estimated, having already cost state government hundreds of millions of dollars in lost revenue.