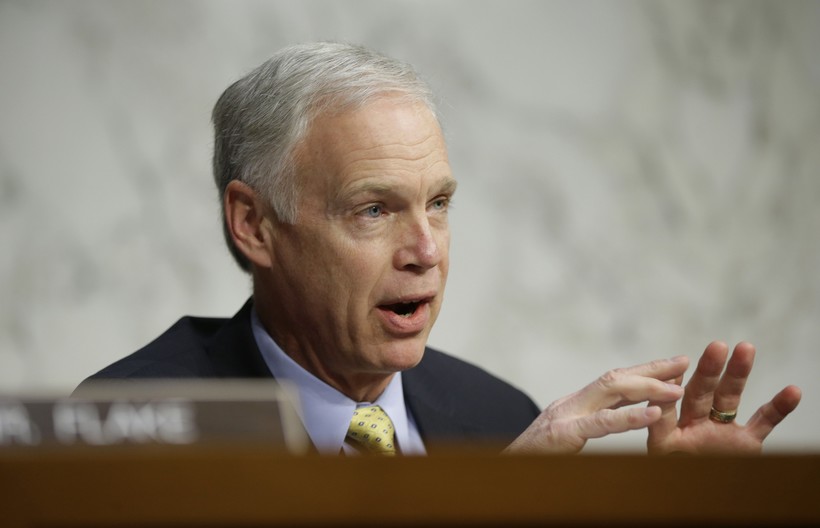 Wisconsin US Senator Also Calls For Roy Moore To Step Down
By Rachael Vasquez and Laurel White
Share:

U.S. Sen. Ron Johnson said Wednesday he won't vote with his GOP colleagues for the party's tax package, at least in its current form.

Johnson released a statement saying he believes the package benefits large corporations more than other businesses, like partnerships and sole proprietorships.

"It is important to maintain the domestic competitive position and balance between large publicly traded C corporations and 'pass-through entities' (subchapter S corporations, partnerships and sole proprietorships)," Johnson said. "Unfortunately, neither the House nor Senate bill provide fair treatment, so I do not support either in their current versions."

Johnson also outlined his concern Wednesday morning on WPR, saying owners of C corporations should be taxed on their company's earnings, as owners of "pass-through entities" are.

"I think many would argue (they) are truly the engine of innovation, economic growth, job creation in our economy," Johnson said of businesses like partnerships and sole proprietorships.

Senate Republicans can only lose two GOP votes if they want to pass the deal. They've said they want the bill on President Donald Trump's desk by Christmas.

The Washington Post reported last week that Moore initiated sexual encounters with four girls when they were teenagers and he was in his 30s. A fifth woman alleged this week that Moore assaulted her when she was a teen.

"Judge Moore should resign," Johnson said Wednesday. "If he had true integrity, he would realize this is just an impossible election for him at this point in time."

Johnson's change of heart comes after Gov. Scott Walker and U.S. House Speaker Paul Ryan have also called for Moore to step aside.

The senator, who sits on the Senate Foreign Relations Committee, also weighed in on a pending change for the United State's process for launching nuclear weapons.

Johnson said, based on the committee’s first hearing, changes are not necessary.

The hearing comes as lawmakers are raising concerns over rising tensions with North Korea over that country’s nuclear program.

In October, the committee’s chairman, Sen. Bob Corker, R-Tennessee, told the New York Times that Trump could set the country "on the path to World War III."

According to Reuters, Corker was unwilling to say Tuesday that the review was specific to Trump. But Democrats on the committee were more outspoken, expressing concern about military action that may be "wildly out of step with U.S. national security interests."

Editor's Note: This story was updated with Johnson's position on the tax package and Roy Moore at 3:55 p.m. Wednesday, Nov. 15, 2017. An earlier version of this story misstated the day of the week the Senate Foreign Relations Committee met. It has been updated.