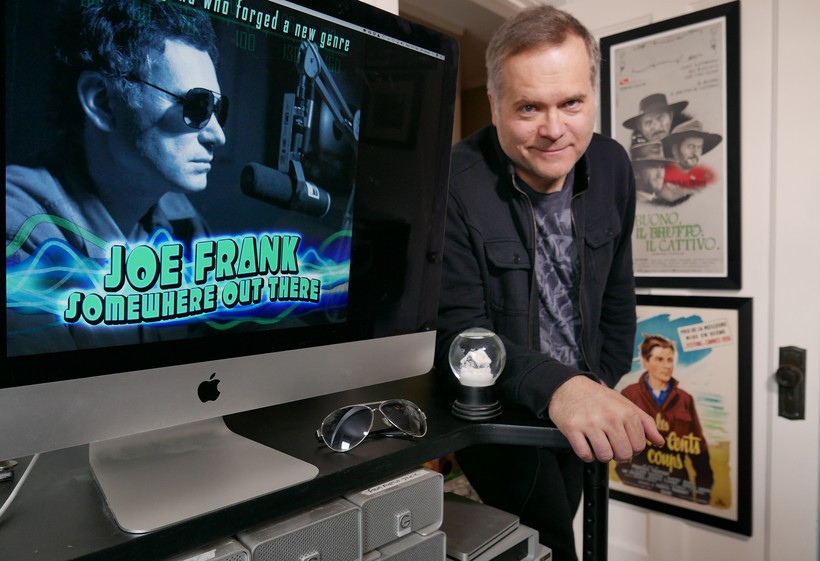 Filmmaker Dave Carlson's Documentary Looks At How Frank Is Still Such A Mystery
By Doug Gordon
Share:

"Joe Frank is what radio in its wildest dreams wishes it could be — ballsy, intelligent, thoughtful, dangerous," writer and comedian Harry Shearer said in Dave Carlson’s new documentary, "Joe Frank – Somewhere Out There."

"This is not standard NPR stuff," Shearer said. "And I think what he explores a lot in his work is the way that words are used to obfuscate, as well as clarify."

Carlson's documentary will screen at the 20th annual Wisconsin Film Festival at 8:30 p.m. on Wednesday, April 11. It's sold out but rush seating is available. Carlson is scheduled to attend.

During a recent conversation, Carlson told "BETA" host Doug Gordon how he describes Frank and his unique radio work to people who aren't familiar with him:

"Are you familiar with Dos Equis' 'The Most Interesting Man in the World?' And they all go, 'Yeah.' I go, 'OK. You know the sound design on that where a guy’s listing great achievements and there’s looped music, and it's hypnotic, and it's funny, and it's surreal, and it's trippy? That's (like) Joe Frank.'"

Gordon asked Carlson if maybe part of the reason Frank isn't better known is because his work was so original, so groundbreaking and so dark and existential, that maybe it was just too intense for some people to handle.

"I think you’re on the right track with that," Carlson said. "So the 50 percent who know him, usually there's one percent that know him and they go, 'No, thank you,' ... Sometimes, he brings up things about the human condition that maybe people would rather keep to themselves and not have to have somebody tell them it. Because it can be a little bit alarming, disarming, intense sometimes when he gets going.

"I can go to see lots of great art films and everybody wants to go to the multiplex though and see the junk. So it’s a safe zone I think for people to maybe not open themselves up to his work," he said.

In the film, comedian David Cross reminisces about one of Frank’s shows that may indeed have been too intense for some people.

"I remember one of the shows, my favorite one — from the helicopter, the traffic report, over L.A., and it's just these horrific accidents — And you don't know what is the angle. It takes 15 minutes to figure out. 'Oh, I see, he's talking about the Apocalypse and Jesus coming back and Armageddon,' Cross said. "It's like lobster dipped in butter, it's just delicious and good for you. It's not good for you but you know."

Carlson was able to interview Frank a few times for his documentary before Frank died on Jan. 15 at the age of 79.

Gordon asked Carlson what he wanted people to take away from his documentary.

"I think he was a guy who never compromised. And I think when anybody does their art, he’s a role model for that. He’s one of the guys who didn't compromise in anything he did," Carlson said. "Like (actress) Grace (Zabriskie) said, he forged his own genre. And I think that that’s a tough thing to do in any art form. He’s sort of the gold standard, I think, for somebody who pursued something creative that he wanted to do and blew most of the people out of the water while doing it."