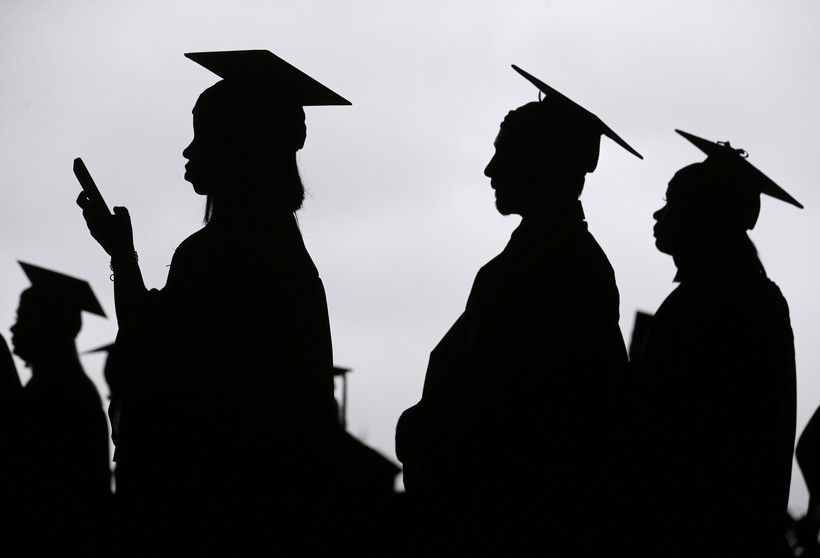 "The job market is robust right now," said Beth Dolder-Zieke, Viterbo University career services director. "Our students are having to ask themselves not just, 'Am I going to get this job?' but 'Which job do I want to accept?'"

Dolder-Zieke said it’s the best job market she has seen in the past 20 years for graduates of the private La Crosse-area Catholic university.

"Forty-three percent of our students who are graduating in May already had work. Those could be new jobs or they could be jobs they are continuing in," she said.

Of the grads in Viterbo's 2018 graduating class, Dolder-Zieke said 100 percent of those who kept in touch found some form of work or were pursuing an advanced degree.

"Our students have been doing very well, driven in no small part by the demand for nurses," she said.

Viterbo will award more than 400 degrees this spring and Dolder-Zieke said 42 percent are nursing school graduates.

Schools of higher learning in the La Crosse area, including Viterbo, the University of Wisconsin-La Crosse and Western Technical College, produce a lot of graduates in health care and business-related fields like accounting and finance.

This year's graduates enter a job market that has both a low national and state unemployment rate and a high demand for workers.

In the 2017-18 school year, graduates from UW System schools increased from what they were 10 years ago despite a declining enrollment.

At Western Technical College, the job market for spring graduates also looks strong this year. But there are fewer people enrolling at WTC this year.

"We're experiencing an all-time low in the unemployment rate. At Western, we have both a mix of traditional and non-traditional-aged college students. We tend to struggle a little bit in enrollment when the job market is really good," said Barb Kelsey, director of Career Services and Advising at Western Technical College.

Dolder-Zieke said traditionally, nearly 65 percent of Viterbo graduates have found work in Wisconsin, but she is counseling more students who are open to finding work in other parts of the country.

"More and more of our students are asking questions like 'Where do I want to live? What kind of lifestyle do I want to have?' We might not have had those conversations five years ago,” she said.

"They can do that because the market is so good. They've got choices now. They don't have to take the first thing that they're offered," said Dolder-Zieke.

Karolyn Bald, UW-La Crosse assistant director of academic advising and career services, said employers who are having trouble finding workers need to get in tune with younger generation.

"Students are looking at things other than just the job. They want to know the lifestyle. From an employer perspective, I think that's a great way to market your positions is talk about the community that they're going to be members of," she said.