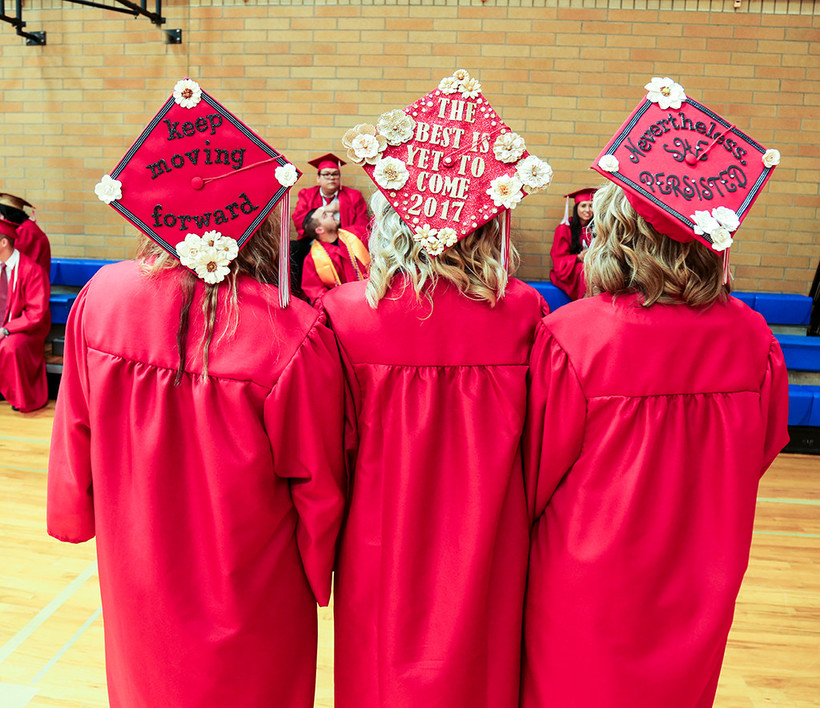 The Job Market Is Good, But Recent Grads Not Prepared, Survey Finds

2017 is a good year to graduate college. According to the National Association of Colleges and Employers, job recruiters expect to hire 5 percent more college graduates than they did last year.

But a new survey conducted by iCIMS, Inc., a recruiting-software company, finds that college grads may not be as prepared as they should be for their job searches and entry level jobs.

"While the graduates or soon-to-graduate students surveyed thought that they did really well (and) they were really confident going into interviews, a lot of the hiring managers and the recruiters surveyed said that they were a little bit disappointed in some of those experiences interacting with this class of 2017," said said Kelsey Gee, a reporter covering entry-level work at The Wall Street Journal.

A stunning one-third of applicants to entry-level jobs didn’t meet basic requirements for the jobs, according to the survey.

Employers and recruiters also said that applicants showed only a basic understanding of what they job they’d applied for entailed and a generic knowledge of the company, said Gee.

Why is lack of preparedness seemingly so common?

Part of it is because employers today are more likely to want applicants to have extremely job-specific skills, such as knowing certain software, rather than having them learn those skills on the job.

"We are seeing employers asking for more and more experience," Gee said. This is sometimes referred to as an "inflation of credentials," she said.

At the same time, companies are increasingly doing training programs "to familiarize new grads with every aspect of the business so they can get to know a little bit better what their strengths and weaknesses are," Gee said.

When it comes to having specific knowledge of what a company does, students today are likely to see getting a job as a numbers game, and thus send applications to many different companies.

"They don’t always have a really great idea of what specific job title or function they want to do right out of school, and I think that’s really normal and natural," she said.

Contemporary graduates’ lack of preparedness speaks to a larger issue that many institutions of higher education are grappling with today, Gee said.

"What are those four years really for? Are they for preparing a student to have all of the exact skills that they would need, that an employer, like a Microsoft, or an Amazon, whoever it may be, wants an entry-level worker to have on day one? Or is it for some of these more soft skills, these more critical thinking-type skills? I think universities are really trying to figure that out right now," she said.