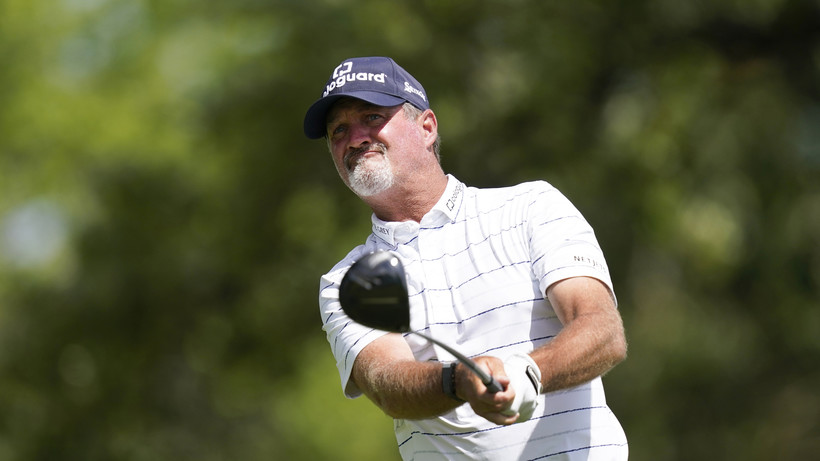 The Tournament Has Been Extended Through 2027, Officials Announced Last Week
By Megan Hart
Share:

Madison's Jerry Kelly came from behind Sunday to win his hometown golf tournament. It's his second consecutive title at the American Family Insurance Championship.

He entered Sunday in third place, two shots off the lead. Playing with Jim Furyk and Jay Haas in the final round, Kelly shot a 66 to finish 14-under-par.

Fred Couples, who was in second place going into Sunday, birdied 17 to tie for the lead. But he bogeyed the last hole, missing a put that would have forced a playoff.

Miguel Ángel Jiménez entered the final round with a one-shot lead. He had a clean scorecard Sunday, but didn't make enough birdies to keep pace. He and Couples tied for second.

This year’s field included host Steve Stricker, a Wisconsin native and captain for Team USA at this year’s Ryder Cup, which is set to take place in Kohler this September. He finished seventh.

Six World Golf Hall of Famers — Fred Couples, Ernie Els, Retief Goosen, Bernhard Langer, Colin Montgomerie and Vijay Singh — were among those who competed for the $2.4 million purse. Kelly earned $360,000 for his victory.

Before play got underway at University Ridge Golf Course for this weekend’s AmFam Championship, the Madison tournament made a big announcement.

The PGA Tour, American Family Insurance and the University of Wisconsin-Madison have agreed to extend the event through 2027. Stricker will turn 60 that year, he noted.

"Hopefully I'm playing still by then," he said.

The PGA Tour Champions tournament — for players over 50 — started in 2016, and it’s raised more than $10 million for the American Family Children’s Hospital in Madison. Stricker hopes the tournament will continue to grow, he said.

"It's always little things that players notice the most," he said. "We have a wonderful backdrop. Madison, downtown, this course here, a wonderful sponsor."

Under the original agreement, this year’s tournament would have been the last one. The group actually negotiated the extension in advance of last year’s event, which was canceled due to the coronavirus pandemic. They waited to make the announcement when the 54-hole tournament returned this year.

It was the first major sporting event to return to Dane County after the pandemic shut things down last summer, said Jack Salzwedel, CEO of American Family Insurance. Up to 7,500 spectators per day attended the festivities.