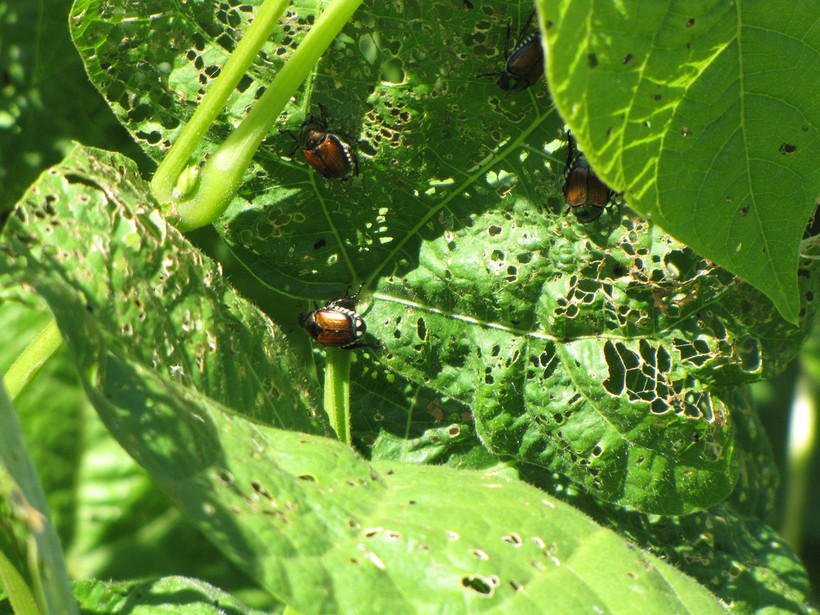 The much loathed pest— the Japanese beetle— is expected to expand its territory to new areas of Wisconsin.

UW-Madison Entomologist Phil Pellitteri says the invasive bug has been found as far north as Barron County on the west side of the state, and Oconto County on the east side. But he says the bug is on the move: “I think the general trend is that it’s moving farther north. Not too far down the road, 2-3 years, I'm expecting a call from Ashland.”

For those people in the state who've not yet seen the metallic green plant eating beetle, Pellilitteri says they could soon be in for an unpleasant surprise: “If you have not dealt with it before it is in a totally different league. And I say that for two or three reasons. One it feeds on over 300 varieties of plants so it has a very wide host range. Number two it is active generally from the very end of June until at least the first of September. So we have at least two full months of activity and the number three the most frustrating part of it is very often the ones that are attacking the plants in your back yard are not from your yard: They're coming from a half mile down the road so you really have no control over where they are breeding from.”

Pellitteri says the Japanese beetle can be a very frustrating insect to deal with. As adults they can be handpicked and then drowned in soapy water. Pelliterri says there are also some effective insecticides available. In the larval state they are grubs, and Pellitteri says there are some chemical and natural treatments for turf grass that may or may not help, depending on where the bugs are breeding.