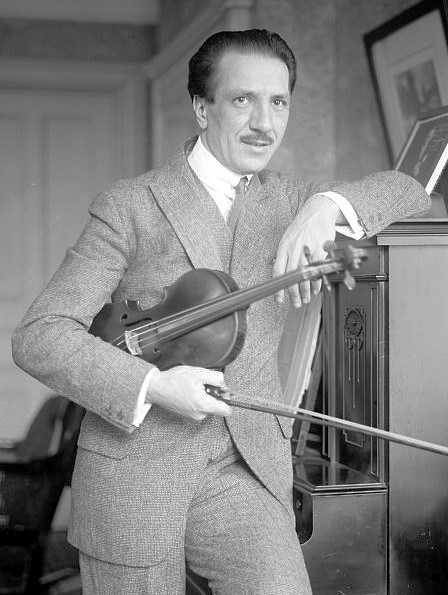 It Happens to the Greatest of Them

Nowadays world class guest soloists usually rehearse a familiar concerto at least once with an orchestra. But before the middle of the 20th century, great soloists frequently didn't rehearse familiar works at all -- and occasionally experienced some uncomfortable surprises.

In his book "Gentleman, More Dolce Please!", long-time Boston Symphony associate Harry Ellis Dixon relates two such incidents. The sophisticated French violinist Jacques Thibaud had played the Beethoven Violin Concerto with the Boston symphony so many times that on occasion he didn't arrive at Symphony Hall until the day of the concert a few minutes before his performance was to begin. Thibaud walked onstage, tuned his violin, and relaxed as he waited for the long orchestral introduction that was to lead to his entrance. The conductor seemed perplexed at Thibaud's casual stance. He nodded to Thibaud. Thibaud nodded back. They repeated the awkward acknowledgement a time or two, each waiting for the other.

Then the conductor began. But the concerto wasn't Beethoven's. It was Mendelssohn's, which gave the soloist a scant bar and a half introduction. Thibaud jerked his violin to his chin and asked, "Why didn't you tell me it was the Mendelssohn?"

"Why didn't you ask me?" shot back the conductor, as they launched into what proved a perfect performance.

The great Dutch pianist, Egon Petri, had a similar experience. At a rehearsal of Beethoven's Fourth Piano Concerto he skipped the opening four bars, which is a piano solo, and at the concert he forgot that he was supposed to begin the concerto. After he and the conductor nodded back and forth for a while, Petri realized that he was supposed to start but he couldn't remember the beginning of the concerto. So he had to leave the piano, walk to the podium, and take a peek at the score to get the nudge he needed.