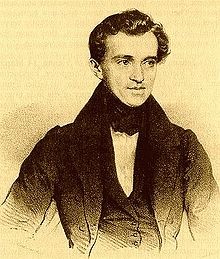 Johann Strauss the Elder and his orchestra had come to London to perform for the coronation of Queen Victoria, but before playing a note, he had been hauled into court over a dispute with an unprincipled hotel proprietor. He won the case, but Strauss was compelled to pay the court costs, which was no easy feat since his valet had meanwhile absconded with all of Strauss' cash.

Strauss had no alternative but to sell some of his new pieces to a London publisher.

After Victoria’s coronation, during which the Strauss orchestra played eight concerts for the queen and sixty-four other concerts for various public and private occasions, Strauss dragged his flagging musicians back and forth across the country for still more performances that spent almost as much money as they took in.

One day, as summer gave way to fall, the orchestra flatly refused to do one more concert. They wanted to return to Vienna. Somehow Strauss convinced them to go on, even as English dampness wracked instruments and English cuisine knotted stomachs. Travel became a cold, wet, jarring ordeal.

It was no wonder that everyone fell ill, Strauss most dramatically of all. En route back to Vienna, during a concert in France, he collapsed after the third piece of music.

In Paris, doctors told him to stop the concerts at once and return to Vienna to recuperate. Despite his arguments, the orchestra disbanded, leaving the stricken leader to ponder his future. When he returned to Vienna, how would he react to the discovery that his young son was planning a musical career?