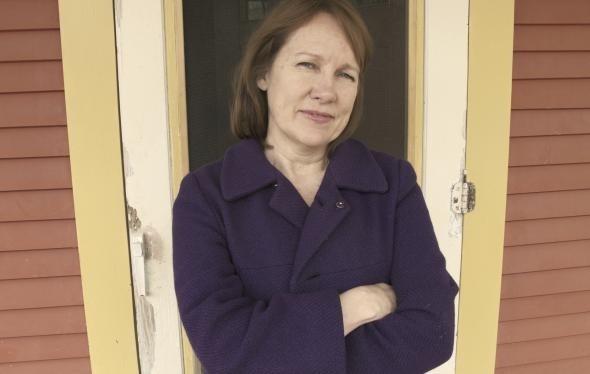 ​Singer-songwriter and Grammy nominee Iris DeMent became increasingly curious about Russia after adopting a Russian daughter when her child was 6.

"I've been curious about the world that formed her. I found myself exploring that universe and stumbled across these poems," DeMent said.

The poetry was the work of Anna Akhmatova, a revered Russian poet who lived through the Revolution and two World Wars.

"She did a lot of work in Russia during a time when people were suffering. Her poetry was strength and comfort for people trying to survive. She had a difficult life and deep spirit and deep commitment to work. Anna gave a voice to people she loved," said DeMent.

Iris DeMent's latest album, "The Trackless Woods," turns Akhmatova's poems into lyrics, paired with music by the Iowa musician. It's work DeMent says she was destined to do.

"I picked up a book and by coincidence, the first poem I read was 'Like a White Stone.' It's only 12 lines and I had barely finished it and some voices told me to set it to music," she said.

Composing music to someone else's words was completely new and different for DeMent, who's been writing songs for decades. She wrote her first song "Our Town" when she was 25.

"It's completely different. I never wrote something that didn't have whole melody from the get-go. I never glued the two together. It's a whole new ballgame to have someone else's text and marry the melody," said DeMent.

You can listen to the full interview with DeMent below, in which she talks about the influence her parents had on her, collaborating with Merle Haggard, and the moment she decided to be a lifelong Midwesterner.


Wisconsin Public Radio, © Copyright 2022, Board of Regents of the University of Wisconsin System and Wisconsin Educational Communications Board.