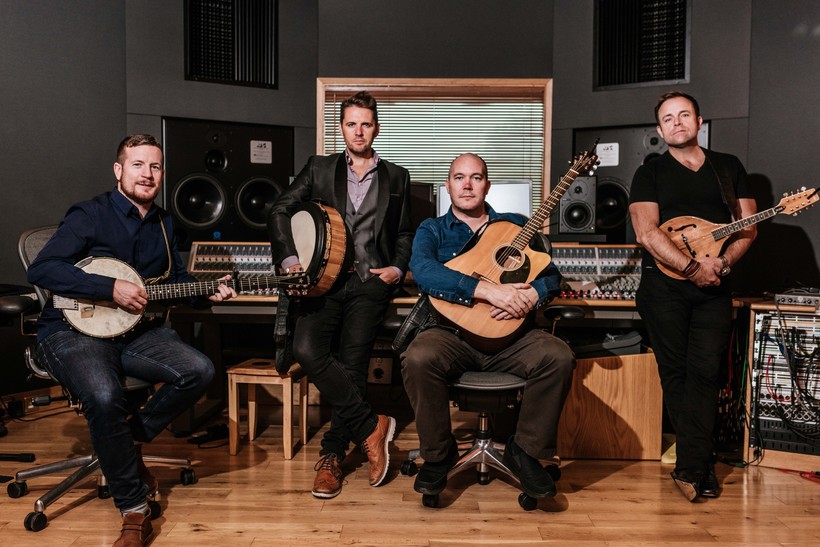 The High Kings from Ireland will bring their combination of folk, traditional Irish ballads and original tunes to the Pabst Theater on St Patrick's Day, March 17, 2019.
Ten years ago four Irish singers, performers and songwriters decided to take a calculated risk. The constituent parts of The High Kings each had a wealth of history in the music business behind them, but knew that in order to maintain any level of creative interest they would have to boldly go where no other Irish ballad group had gone before. In truth, Ireland needed a group like The High Kings.

The heyday of ballad groups such as The Clancy Brothers and The Dubliners was a distant memory for generations of music fans and to have another bunch of Irish lads taking up the baton and continuing the tradition was great news to thousands of fans worldwide. To say that The High Kings are charting a new course for Irish ballad music – equal parts rousing and reflective, energetic and insightful – is an understatement.
They are, essentially, marking out a new and bright era for Irish folk music and aiming to bring a broad demographic along for the journey. The band is on their DECADE Tour celebrating 10 plus years together The DECADE Tour promises a joyous trip down memory lane to the music and song of yesteryear, this time performed in a contemporary style and arrangements which still remain true to the originals. Here’s to the next ten years . . . Here’s to The High Kings!
THE HIGH KINGS AT PABST THEATER MARCH 17TH, ST PATRICK’S DAY  8:00 PM
Tickets and more at at www.thehighkings.com or call the box office at (414) 286-3663
MEDIA CONTACT: Anita Daly / Daly Communications /212 772 0852 /anitadaly@yahoo.com