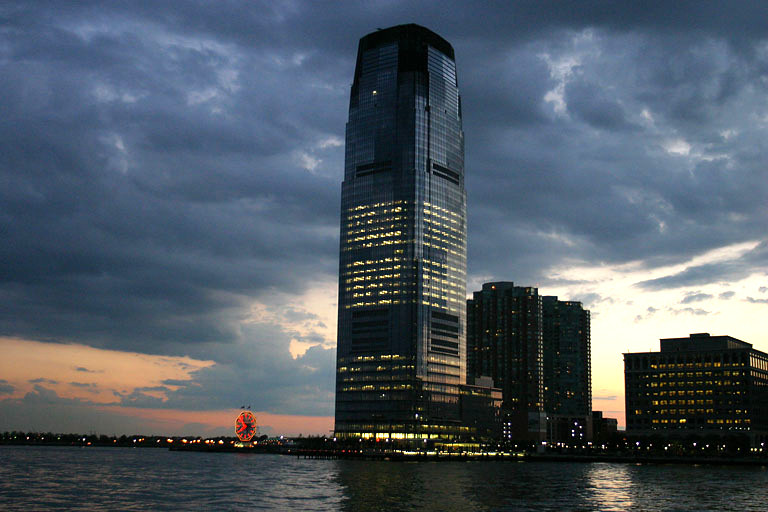 In wake of the financial crisis in 2008, federal government and Federal Reserve officials said that major U.S. banks were “too big to fail.” An investigation by ProPublica now suggests that even after the passage of new oversight laws, the banks have remained too big to manage, too big to monitor and too big a bully toward whistle-blowing regulators trying to do their jobs.

The investigation was led by Pulitzer Prize-winning reporter Jake Bernstein and co-published by WBEZ’s “This American Life.” It took a leaked report and secret recordings from a now-fired regulator to reveal the New York Federal Reserve's deference to banks and the institution’s continued failure to monitor Wall Street.

“(The Federal Reserve) is just a secret world,” said Bernstein, on Tuesday. “We never get this kind of insight. It works very hard to keep its activities secret. So we really just don’t know what they're doing most of the time. And it only becomes an issue when there’s a financial crisis.”

In reaction to the 2008 financial crisis that led to the Great Recession — the effects of which Bernstein said we’re still feeling today — New York Fed President William Dudley was pressured to reform financial regulation procedures. He gave unlimited access to David Beim, a Columbia University finance professor, to investigate the problem and offer solutions. The report was to remain secret.

Beim’s report, which was later leaked, found that the biggest obstacle to the New York Fed doing its job was its culture. The report eventually led to President Barack Obama signing the Frank-Dodd Wall Street Reform and Consumer Protection Act

“It was this culture of people being afraid and overly deferential to the banks, and afraid to speak up, and afraid of contradicting their bosses,” said Bernstein, referring to Beim’s report.

For years, the Fed installed “relationship managers” in Wall Street banks. They took office inside the financial institutions and were tasked with spotting irregularities and guiding the banks away from malpractice and failure. When problems came up, the Fed sent in a specialist to deal with the issue.

Beim recommended that the Fed add another layer of oversight by stationing a specialty examiner alongside each relationship manager to continuously monitor activity. These new specialists, according to Beim’s recommendation, would be a new breed of Fed regulators who would have no problem standing up to the banks.

Carmen Segarra appeared to be exactly what Beim ordered. Bernstein wrote that she was “passionate and direct, schooled in the Ivy League and at the Sorbonne, she was a lawyer with more than 13 years of experience in compliance — the specialty of helping banks satisfy rules and regulations.”

The New York Fed placed her inside Goldman Sachs, but she was fired after just seven months after she reported to her supervisors that the bank wasn’t implementing a required across-the-board compliance policy. Her bosses told her to change her story, but she wouldn’t.

Along the way she recorded the conversations. After being fired, she sued for wrongful termination, but a newly in-place law to protect whistleblowers didn’t save her.

Since the release of the article, the Federal Reserve has received intense scrutiny once again for failing to adequately monitor the banks it’s charged to supervise. The news has gained the attention of several members of the House who are calling for action, as well as Sen. Elizabeth Warren, who called for congressional hearings after the story was released.

“If we don’t learn a lesson here, there’s a better chance a financial crisis can happen all over again,” Bernstein said.