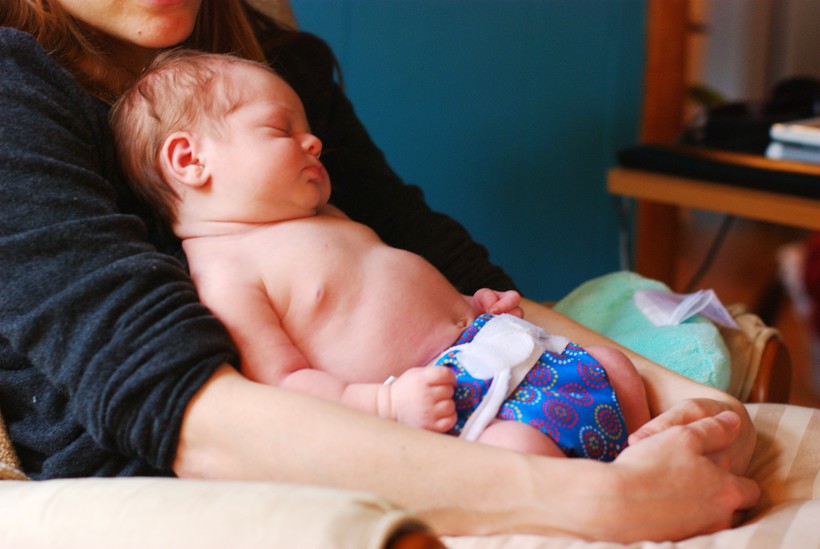 The United States is one of the few nations, rich or poor, that does not require paid maternity leave. Photo: Sloan Poe (CC-BY)

Journalist: Americans Have A 'Raw Deal' When It Comes To Paid Maternity Leave
By Scottie Lee Meyers
Share:

With the exception of a few small countries, the U.S. is the only nation in the world that doesn't provide paid maternity leave. In a quest to know more, a journalist examined labor data to try and piece together why Americans have such a "raw deal."

Writer Sharon Lerner said the fact that the U.S. is seemingly out of step with other countries is very surprising.

"It’s not just wealthy, social democratic Nordic countries that make us look bad," Lerner said. "There’s a list of the 10 poorest countries in the world based on per-capita income (and) every one of those countries on that list provides paid maternity leave. They all have these protections on the books and we still don't, and it really is stunning."

In her latest piece for In These Times magazine, titled "The Real War on Families: Why the U.S. Needs Paid Leave Now," Lerner cited U.S. Department of Labor data that found that nearly one in four employed women in the U.S. return to work within two weeks of giving birth. Moreover, in the same study, about 12 percent of women took off a week or less.

In all, about 13 percent of U.S. workers have access to any form of paid family leave, according to the U.S. Bureau of Labor Statistics. Data also shows that there is a large disparity between rich and poor families. Of the top 10 percent of wage earners, one in five have paid family leave, compared to one in 20 in the bottom quartile.

Lerner also found that unionized workers are more likely to get benefits than their nonunionized counterparts.

She said there have been organized efforts here in the U.S. to pressure elected officials and companies to offer paid maternity leave since 1919 -- all of them unsuccessful. Part of the reason that she thinks the U.S. remains without the benefit is because many mothers feel it was their choice to "to carry this burden" and generally lack a sense that it could be any other way.

"The argument against (paid maternity leave) I think has mostly been that we're a country of do-ers and people who take care of themselves. There’s a sense of personal responsibility, that folks shouldn't be asking for anything from their government," Lerner said.

Another key reason, said Lerner, comes from chambers of commerce and other business forces that say businesses can’t afford it.

But according to research, Lerner said that’s absolutely not true.

Three states -- California, New Jersey and Rhode Island -- currently offer paid maternity leave. In those states, said Lerner, all employees contribute a small tax from their paychecks to pay for the benefit.

"In California, which has had paid family leave for over 10 years, there’s been great research done by Eileen Appelbaum and Ruth Milkman, who show that there is no negative impact on business," Lerner said. "And I actually did similar research in New Jersey and found the same thing. There's no impact on the bottom line of the companies that end up providing it."