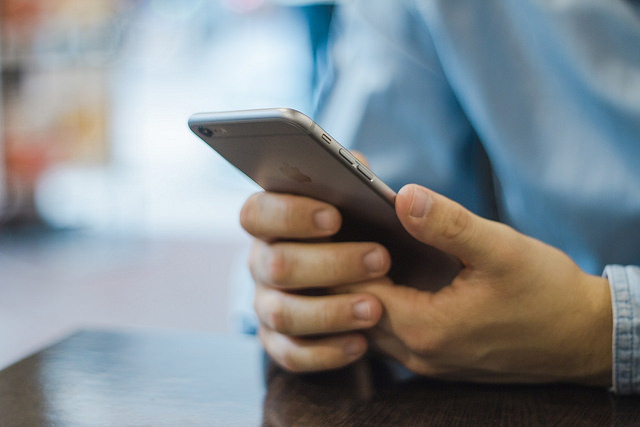 Inventions That Transformed The Global Economy

The iPhone, An IKEA Bookcase And More
By Colleen Leahy
Share:

Last week, Apple Inc. launched its newest iPhones. And while the historical significance of these new Apple products may be debatable, the first iPhone, which came out a decade ago, is undoubtedly one of the most important tech innovations of all time.

The first-generation iPhone is one of the seminal technologies featured in journalist and economist Tim Harford’s book "Fifty Inventions That Shaped the Modern Economy."

"I’m always looking for interesting ways to describe the economy that determines how we live, how we work, what we get to do, the choices we have. It’s all around us," said Harford.

Here are some of the inventions featured in his book:

Aside from being the most profitable product in history, Hadford says, the iPhone created an entirely new product category — the smartphone. It caused massive changes in other markets like music, software and advertising.

But the key here isn’t the iPhone itself, writes Harford. Instead, it’s the fact that the iPhone is a synthesis of a number of hugely important technologies in one small device. That includes memory chips, tiny microprocessors, the internet, the touchscreen and a handful of other technologies listed by economist Mariana Mazzucato.

Patented by Thomas Edison in 1977, the gramophone, or phonograph, was the first device capable of recording and reproducing the sound of a human voice. Before the gramophone, the influence musicians had on their audience was limited to those who could afford to see a live performance. The gramophone, along with Emile Berliner’s improvements to recording techniques, allowed for mass production and the marketing of recordings — and in turn, fame for the best performers in the world.

"Thomas Edison’s phonograph led the way toward a winner-​­take-​­all dynamic in the performing industry," making it more difficult for artists who were less-than-elite to make a living, Harford writes.

Google changed that forever with a search algorithm based on credibility — determined by how many other websites link to any given website — instead of the earlier, much more simplistic model based on word mentions. The earlier method allowed websites to make themselves more prominent in search results simply by mentioning common search terms, like "cars," several times.

Google also changed the game in marketing with the advent of pay-per-click advertising, which helped facilitate the steep drop in newspaper ad revenues, Harford writes.

While video games are often thought of as a fun past time, they played a significant role in making computers intuitive, consumer-friendly tech, said Harford.

"Before Spacewar!, computers were intimidating: Large gray cabinets in purpose-​­built rooms, closed off to all except the highly trained," Harford writes.

Spacewar!, the first videogame, was invented in 1962 by a group of students at the Massachusetts Institute of Technology as a way to show off university’s early computer PDP-1.

The rest took off from there. Video games continued to make computers more palatable for average consumers, while also changing the global economy. Accounts of young people working part-time to play more video games, and people playing the games as their main source of income, have grown increasingly since the advent of computer gaming.

Haven’t bookcases been around for as long as books? Maybe, but not like this.

The Billy bookcase was designed in the 1950s by early IKEA employee Gillis Lundgren. Lundgren was looking for a way to ship furniture more cost effectively, and came up with the idea of sending furniture packed in flat boxes that consumers could assemble themselves. The Billy was born, significantly cutting manufacturing and shipping costs, and reducing the product price.

Outsourcing labor to consumers, cutting transportation costs and a design that’s simple enough to be timeless have made the Billy a "symbol of how innovation in the modern economy isn’t just about snazzy new technologies, but also boringly efficient systems," Harford writes.