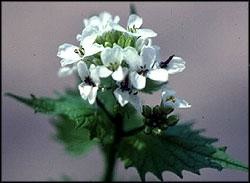 Invasive Plants Are A Threat To Wisconsin’s Environment

June is Invasive Species Month and officials with the state Department of Natural Resources is stepping up their outreach efforts to educate the public about the potential dangers.

DNR officials said that there are many types of invasive species in Wisconsin, but invasive plants are where individuals can have the most impact to curtail their negative consquences.

Tom Boos and Kelly Kearns work with the DNR on the control of invasive plants in the state. They said that some of the most common right now in Wisconsin are Buckthorn, Garlic Mustard, Black Locust, Honeysuckle and Purple Loosestrife.

DNR officials have created a guide to regulated invasive plants, which provides photos of the leaf structure and bloom of more than 60 species.

Boos and Kearns said that the focus of their education efforts is prevention.

"Ideally, we prevent the introduction of invasives to new locations. One concern is that crews doing roadside mowing can spread invasive seeds quickly. Wild Parsnip has spread like mad in this way," said Boos.

He recommends focusing on the most prolific and troublesome invasive in the area and discussing concerns with the state Transportation Department.

DNR officials have been doing outreach on when to mow to prevent the spread of invasive plants, but it always helps to have citizens involved as well, they said.

And Just because these plants are invasive now doesn’t mean that they have no redeeming qualities, they said.

"Most of the plants that are invasive in North America are things that are native to Europe and Asia," Kearns said.

The plants that are brought over for use as food, medicine, or ornamentals might grow out of control once they are established in the new environment. There are some good ways to use species, like Stinging Nettles , Dandelions and Garlic Mustard in cooking, which might make their presence in the garden a little more palatable.