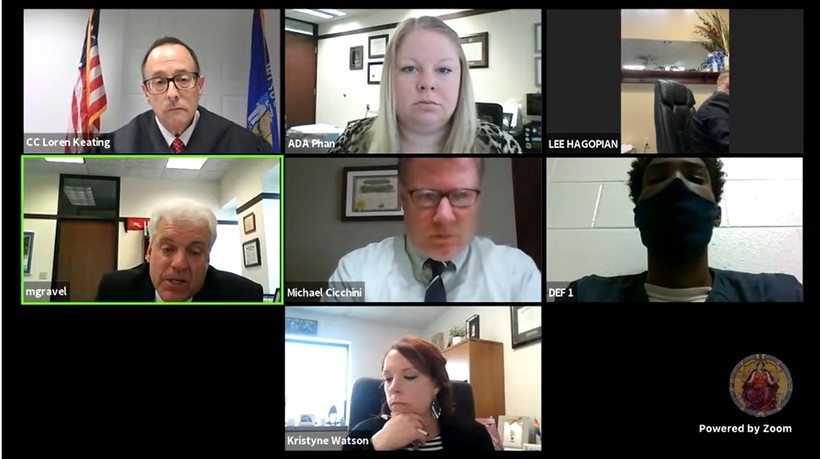 Vinson appeared virtually in court Wednesday afternoon to schedule his preliminary hearing and to review his bond, which will remain at $4 million.

"Certainly in a circumstance like this, where three individuals are killed and three others are wounded in gunfire, the chances of incarceration for a lifetime or at least a very substantial period of time is extremely high, and so the threat to flee would be very high as well," said District Attorney Michael Graveley, defending the bond.

Vinson's attorney, Kristyne Watson, pushed back, saying there was a case that Vinson had acted in self-defense, and that his attorneys will likely raise issues with the attempted murder charges as his trial approaches.

"Mr. Vinson is 24 years old," Watson said. "He is a Racine resident. His entire family is there. He did graduate from high school, has good work history as a machine operator. We would again just ask the court to consider a reasonable bond."

Court Commissioner Loren Keating opted to keep the bond at $4 million, deeming Vinson a "flight risk" because of the long sentence he'd be facing if found guilty.

"Nothing short of a tragedy here is laid out, and here is yet another example of how senseless gun violence destroys lives, sadly," he said.

Gravely said the state would be bringing forward a "substantial amount" of video evidence, eyewitness accounts, and other material showing Vinson's guilt. According to the state, Vinson fired shots in the bar, killing two people, and then initiated gunfire outside the bar with several other people, killing a third person.

The shooting happened at 12:42 a.m. at the Somers House tavern, officials said, a bar in the village of Somers frequented by college students in the area.

Vinson's next hearing was set for 1 p.m. Wednesday, May 5.