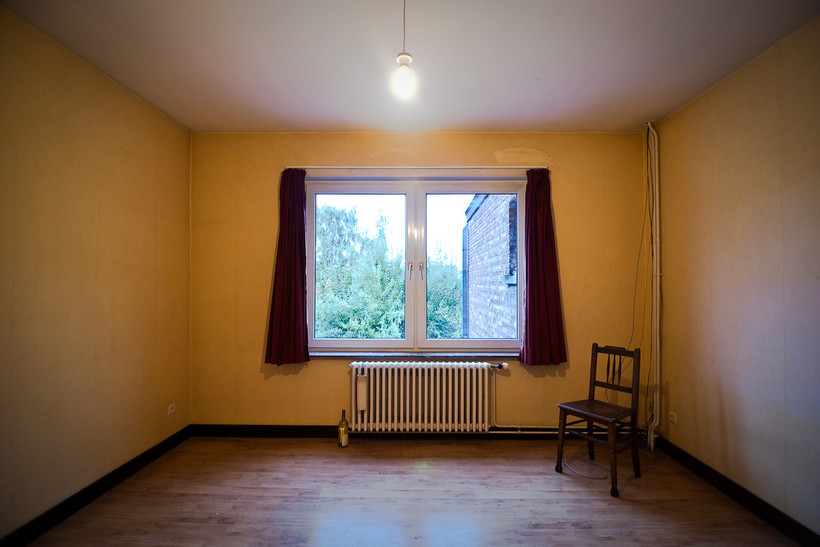 Instead Of Decluttering, It May Be Time To Think About 'De-owning'

To those who spend seemingly endless amounts of time "decluttering" their living space, Joshua Becker says it's time to begin focusing on a new goal: Wholeheartedly reducing the number of possessions you own.

Becker, the founder and editor of the minimalist website Becoming Minimalist, is a big advocate of "de-owning" possessions. He said it's something that has not only saved him lots of time, but has also helped him lead a happier, more stress-free life overall.

For him, the inspiration to de-own came on a day when he had just spent hours cleaning out the garage, and was faced with the prospect of more work ahead of him. He had a realization that the time he spent cleaning came at a high price — namely, he felt he wasn't able to spend enough time with his 5-year-old son.

"I looked at…this big pile of dirty dusty possessions in my driveway, and out of the corner of my eye I see my son alone in the backyard," he said. "I had this realization that not only were my possessions not making me happy, they were taking me away from the very thing that did bring me happiness and purpose and fulfillment in life."

What's more, he realized that even de-cluttering wasn’t a permanent solution if he was in the habit of constantly buying more things that he didn’t need. "We find ourselves organizing things again the very next day," he said.

His family came up with a solution. First, they began removing unnecessary things — books, sunglasses, Happy Meal toys and more — from the family car. The feeling he got afterward was so good, said Becker, that he then moved on to the living room, which was full of decorations with no sentimental value, DVDs no one watched, and a magazine rack full of things no one read.

"The next time I was in my living room, there was this feeling of calm," he recalled.

Becker’s downsizing led him to not just reduce how much stuff the family has and how much they buy, but to also make major adjustments to other aspects of his life. He made two job changes in which he willingly took pay cuts in order to do work that was more meaningful for him.

It's a mentality that he says has helped him live a life that's more meaningful, and that's involved much more time with his family.

"I don’t think people realize how much time, how much of their lives are being taken away by the things they own," he said.

Becker — who's now in the business of helping others de-own — said that for those who want to give it a try, it's important to break down the process into steps, rather than tackling an entire house in one go.

"Start in an easy place," he said. "You’re not going to get rid of it all in an afternoon."