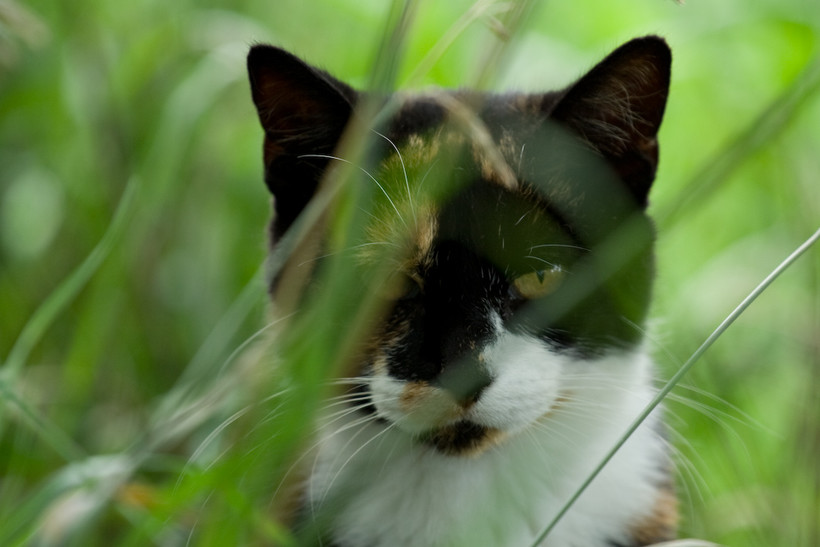 Indoor Vs. Outdoor: Should Cat Owners Allow Their Pets Outside?

One Side Says Cats Are Destructive To Wildlife, Should Be Kept Indoors
By J. Carlisle Larsen
Share:

Cats are the unofficial kings and queens of the Internet. If you turn on a computer, tablet or smartphone, there's bound to be a cat lurking somewhere on your social media accounts.

But despite the popularity of cats, there's been an ongoing debate about whether cats should be allowed to roam freely outside.

There are two camps of people passionate about this topic. The first camp maintains cats are a disaster for wild bird populations and other small creatures. The other group maintains cats are still semi-wild and need time outside to stalk and hunt in order to maintain their sanity.

"(The debate) has gotten more intense," said ecologist Stan Temple. "To some extent, that parallels the really phenomenal growth in the number of cats in the U.S."

Temple is the Beers-Bascom Professor Emeritus in Conservation in the University of Wisconsin-Madison's Department of Forest and Wildlife Ecology and Aldo Leopold Foundation senior fellow.

In Temple's time as a professor, he and his students studied the impact free-ranging cats have on rural Wisconsin wildlife. Temple said cats people see roaming around fall into three categories:

Temple said when looking at the numbers of cats allowed outside — the third category of free-roaming cats — the people fearing for small birds and wildlife have some cause for concern.

"The numbers are pretty astounding," Temple said. "There are about 90 million owned cats in the U.S., and depending on the location where studies have been done, often somewhere in the neighborhood of (a) quarter to a third of those cats are allowed to free-range. So, we're talking about tens of millions of cats that free-range."

"And we looked at what they killed," he said. "And we found on average, each of those free-ranging cats killed at least 5.6 birds a year. And when you consider that there are 1.4 million of them out there, it adds up pretty quickly to 7.8 million birds that are killed every year just in rural Wisconsin by free-ranging cats."

Temple found these cats typically targeted ground-dwelling birds, and in Wisconsin, the birds frequently hunted are grassland birds, which nest wildflowers and tall grasses of the prairie. Because the amount of native prairie has been significantly reduced, the intersection of cats and bird conservation comes to a head in Wisconsin. Moreover, as the conversation about the role cats play in people's lives as pets continues, the more people confront an uncomfortable possibility about our cuddly feline friends: Cats are an invasive species, not unlike animals grabbing news headlines such as Asian carp or emerald ash borer.

As an ecologist, Temple said he has to concede cats fall into the invasive species category.

"I know that people often think of cats as being somehow special," Temple said. "But indeed, as an ecologist, they fit the definition as an invasive species. They are not native to the area. They do go out into natural habitats and hunt and kill wildlife. So they have become invasive."

Some argue cats are still a little wild and keeping them indoors is stressful for cats and can cause health problems in the long-term. Other arguments claim cats kill animals already diseased or wounded, or animals that are pests such as rats and mice. But Temple maintains that while there are plenty of valid arguments from owners of free-range cats, those arguments may not convince people who are on the side of conservation.

"The decision to allow cats to go outdoors is one that individuals make," he said. "And I would say that the individual humans who make that decision are individuals who are primarily concerned about that individual cat that they own. And they are quite different in their outlook on this issue from people who may like cats, but whose primary concern is about the welfare of wildlife species."

And that divide, Temple said, is what keeps the debate alive.

"It's domestic animal versus wild animals. It's an individual animal versus populations of animals," Temple said. "So on a number of levels, it divides people in a very interesting sort of way that's very difficult, actually, to find a bridge between these two, which is why this debate is so hot."