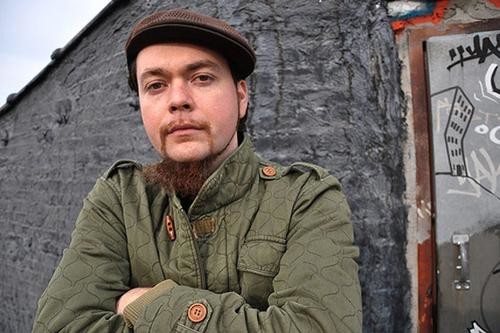 Including Hip-Hop In Classroom Instruction Aims To Revolutionize Education

Performers Reach Out To Public Schools
By Anne Strainchamps
Share:

Many children who are immersed in hip-hop culture learn early on that there’s little room for their love of combustible beats and edgy rhymes in the classroom, and as a result, school isn't a place for them either.

But an emerging movement of artists and educators aims to improve the academic success of these marginalized students by bringing hip-hop into the classroom.

Performer and recording artist Baba Israel and beat-boxing champion Yako 440 said that they regularly take time out of their touring schedules to teach hip-hop arts to elementary, middle school and high school students.

Israel said he was proud how they've been able to reach some students others couldn't.

“The first time we taught a class, 35 kids signed up.  And these were the young people who were often cutting class or not engaged, because they didn’t feel the curriculum reflected them,” said Israel.

He said that including hip-hop as part of the curriculum opens new avenues of expression to young people.

“I think it’s important for education to reflect the communities it’s engaging with and use cultural references that are immediate to young people,” Israel said.  “What we found is that the young people who were supposedly failing were actually incredible poets and writers and thinkers, when given the right form.”

Wisconsin is at the center of the hip-hop education movement.  The University of Wisconsin-Madison is home to the nation’s first college hip-hop arts program.  This July, Baba Israel and Yako 440 took part in the eighth annual Hip-Hop in the Heartland Institute sponsored by the Office of Multicultural Arts Initiatives (OMAI) and Urban Word NYC.  Internationally touring hip-hop artists gave teachers and community leaders lessons in beat-boxing, freestyle rapping and graffiti art while education professors discussed best practices in hip-hop pedagogy.

Christopher Emdin, author of “Urban Science Education for the Hip-Hop Generation,” said that the “Science Genius” project that he launched with GZA, a founding member of the group Wu-Tang Clan, pushed high school students to master science concepts by writing their own raps about them. The project culminated in a final battle among rappers representing nine New York City high schools.

High school senior Jabari Johnson won for his rap about "joules," the unit of energy.