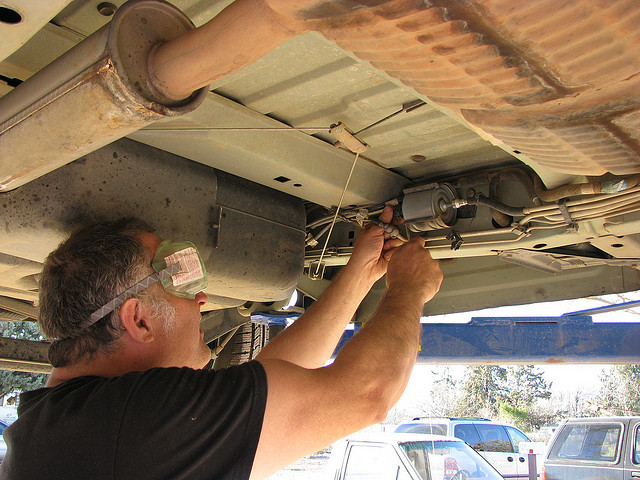 Sometimes it might be worth it to pay for expensive car repairs. Simplifies (CC-BY-NC-SA)

If A Car's In Bad Shape, Do You Pay For Repairs Or Buy A New One?

One Auto Expert Says It's A Matter Of Finances And What The Owner Really Wants
By Bill Martens
Share:

Should they buy a new vehicle? According to one auto expert, it depends.

"If you really want a new car and you’re in a financial position to get a new car, then great — go buy a new car," said Jamie Page Deaton, editor of the Best Cars Blog at U.S. & World Report.

"A lot of people, I think, get sort of caught up in this idea that a new car is going to be cheaper," Deaton said. "It’s really not true, because you’re going to end up having a much larger outlay to begin with."

However, according to Deaton, if an automobile is unreliable and could very likely break down on the side of the road, then it’s time to buy a different vehicle. In that case, she said the question then becomes whether to buy new or used — something that's a matter of budget and personal preference.

Deaton said people will save money with a used vehicle, but give up peace of mind that comes from a new car with a warranty.

For those planning on financing the purchase, Deaton also said said it’s important to do the math. While used cars are cheaper than new ones, their financing rates tend to be higher.

"What you save on the car’s up-front price, you actually could end up paying more for in interest payments," she said.

Deaton added that perhaps the most important step for shoppers is to take their time, get all the numbers from the dealership and calculate not just the price or payments, but the total cost over the life of the loan.

"Don’t worry about saying, ‘You know what? I want to go home, I want to think about it and if you can guarantee me this same deal tomorrow, if it works for me, I’ll come back," she said.