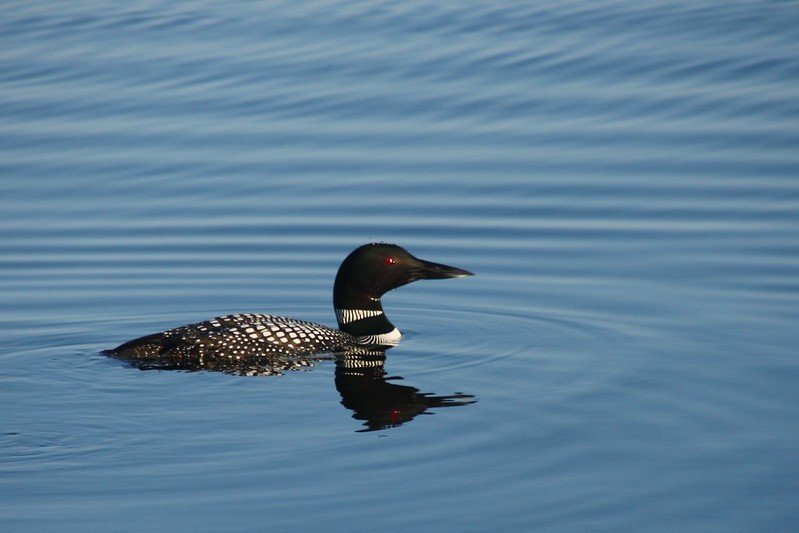 Icy Conditions Caused Loons To Fall From Sky. After Being Rehabbed, They're Back In The Wild.

In late April, loons fell from the sky in northern Wisconsin when icy conditions formed by a cold front coated the loons with clear ice, making it impossible for them to fly.

The episode was dramatic and scary for loon populations that have been in decline for years. But some loons were found and brought to rescue centers, including the Raptor Education Group Inc., where Marge Gibson is co-founder.

Gibson's team in Antigo have rehabbed and released eight loons from the fall. She said the loons were admitted with injuries including internal bleeding and collapsed lungs.

"They fall like a rock from the sky, not a gentle landing like they're used to," she said.

She said this is the third time this has happened since she moved to Wisconsin in 1990.

"It's not an event that occurs all the time, but it is an interesting problem that our migrating birds face, especially the larger bodied birds like a loon," she said.

Walter Piper, director of the Loon Project, said loon populations have been on a gradual decline for 30 years.

"An analysis that we've done of reproductive rates and also survival rates of young adults has shown that those have both fallen," he said.

In Oneida County, the primary study area of the Loon Project, Piper said loon numbers have plummeted about 22 percent in the past 25 years.

"We're pretty alarmed about that pattern," he said.

Loons have been returning to Wisconsin over the past few weeks, as they migrate north for breeding season.

Piper, also a professor of biology at Chapman University in California, said it's not clear exactly what's causing the decline, but said there are lots of different factors that could be causing the decline. He said it's clear statistically that with more humans around, adult loon populations are more likely to suffer. Piper advised that humans try to give loons their space, and slow down when you see them and their chicks on the water.

"The smaller the chicks, the slower you should go," he said.

Gibson said loons can't get out of the way of powerboats when they have chicks, because the chicks can't fly.

"Don't race at them because they're going to be injured," she said.

While it isn't feasible to reduce human populations, Piper said humans can help loons by using alternatives to lead sinkers, which are a major source of mortality for the bird. Gibson said loons can't rid themselves of lead sinkers if they ingest them, so it takes surgery to remove them.

"New England states have banned lead," Piper said. "Minnesota is in the process of doing so ... and so we're a step behind I'm afraid in that regard in Wisconsin.

Gibson said unless the loons are extremely sick or injured, loons should only be handled by experts, particularly because of a dagger on the front of their face that can cause serious injury.

An Update On Wisconsin's Loons After A 'Fallout' During Migration 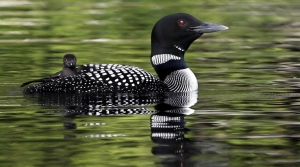 Loons are making their way back to northern Wisconsin for the summer. Due to cool conditions in April, some fell from the sky and were stranded during their migration. We learn about recent loon rescues and discuss what can be done to reverse downward trends in their population.