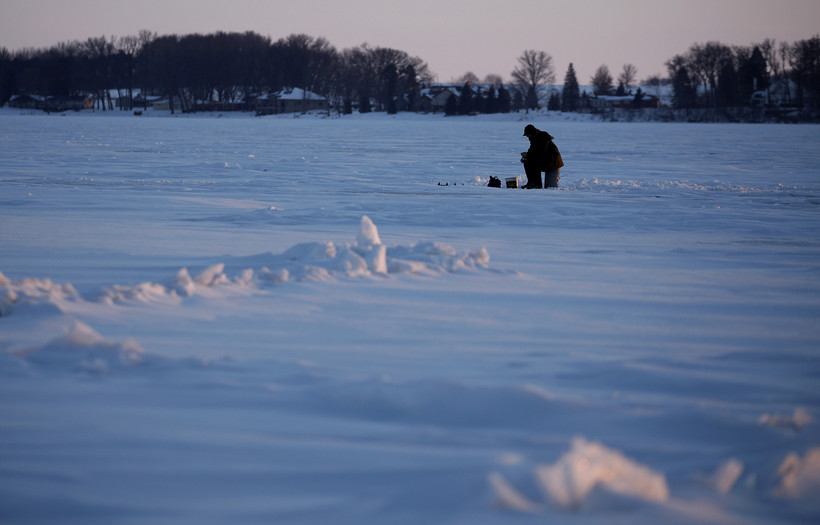 Wisconsin wildlife officials warn ice anglers should take extra care as the season starts to come to an end.

Jason Roberts, conservation warden for the state Department of Natural Resources in southeastern Wisconsin, said he expects this weekend to be busy despite having several days of warmer temperatures.

"This coming weekend, you have the close of game fish in the southern part of the state here. You’re going to see a lot of folks out on the ice," Roberts said. "This is something that happens every year. Fishermen like to extend that season as far as they can, and often they put themselves in harms way because of the deteriorating ice conditions."

Roberts said ice becomes unstable due to a cycle of thawing and refreezing that happens in the spring. He said the ice starts to melt during warm, sunny days but refreezes at night.

"So you may think it's safe to be out on for example 10 inches of ice or 8 inches of ice, but ... if you're getting that bubbling, that honeycombing that occurs when you get that thawing and refreezing, you get that compromised ice that may look like it's enough, but it’s not," Roberts said.

Miller said there were quite a few anglers already on the ice on Friday afternoon, and he expects numbers to increase this weekend.

"A lot of ice anglers like to hit the late ice because sometimes the fishing bite seems to be better. But there are very different conditions all over, so you kind of have to be really careful on where you go," Miller said.

Anglers fell through the ice in two different locations near the Mississippi River earlier this week. According to the La Crosse Tribune, two people fell through while fishing on the Black River and were able to pull themselves out before first responders arrived. Another pair of anglers were driving an ATV across the ice near Stoddard when their vehicle fell through.

Miller said these types of incidents happen almost every year and reinforce the need for all anglers to carry safety equipment like ice picks.

He said it seems like more people have gotten out on the ice this season, continuing a trend of increased interest in outdoor recreation during the pandemic.

"It sounds like the people that haven't done it in quite a few years are picking it up again. So we are seeing increases in user groups out there," Miller said.

He said the sport can be dangerous for those who are unfamiliar with the river, leaving them unaware of springs or inlets that can make the ice less safe.

Roberts said anyone taking to the ice this weekend should check with a local bait shop about ice conditions, go with a partner and carry a flotation device and other rescue equipment with them.