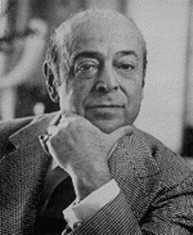 I Don't Know How You Do It

Lehman Engel was a successful composer and music director for the stage in New York, but when the United States entered World War II, he took a less predictable job as a yeoman, third class, in the Navy.

Engel was put in charge of organizing a symphonic concert band at the Great Lakes Naval Training Station. He got in touch with draft boards around the country and rounded up some of the finest instrumentalists in the world.

The largest group performed weekly concerts in a modern auditorium and worked with some of the top soloists of the day. But a smaller ensemble was put to a less glamorous use-–performing in the Victorian bandstand in the admiral’s front yard. Even though many of the musicians outranked him, Engel was supposed to march them to the bandstand, which required on-the-job training. In his first attempt, much to their amusement, he motioned them forward with the very unmilitary order, “Come on, fellows.”

The admiral’s concerts took place each week in all kinds of weather as long as the temperature didn’t dip below 40 degrees, whether the admiral was home or not and without any indication that anyone was actually listening to them. One damp 40-degree day, when the instruments were out of tune and the surly band members were deliberately playing wrong notes in Wagner’s Tristan Prelude, Engel caught sight of the commandant’s wife, wrapped in furs, sitting on a bench and listening to the concert. Embarrassed, he approached her to make some excuse for the abysmal performance, but before he could speak, she said, “Oh, Mr. Engel, I don’t know how you do it, it’s so wonderful!”

As one of the lowest-ranking men in the Navy–and one of the more discreet--Lehman Engel was not about to argue.