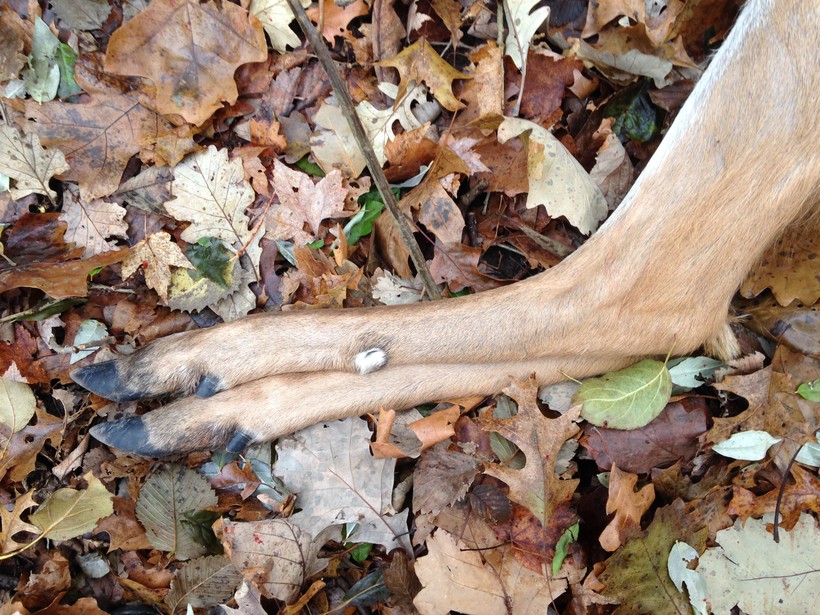 During the autumn deer seasons, hunters are encouraged to drop off samples for the Wisconsin Department of Nautral Resources to test for chronic wasting disease. Melissa Ingells/WPR

Gun deer season in Wisconsin starts Saturday and the state Department of Natural Resources is asking hunters for their help again this year in tracking chronic wasting disease in the state's deer herd.

The DNR tracks CWD in part by analyzing samples from deer that are taken during hunting season. CWD is a fatal, infectious nervous system disease that affects deer, moose and elk. And it’s now present in 56 of the state’s 72 counties.

Amanda Kamps, a wildlife health conservation specialist at the DNR, spoke to WPR’s Melissa Ingells about what hunters should do to help this year.

This interview was edited for clarity and brevity.

Getting A Wide Range Of Samples Helps Track CWD

Amanda Kamps: Every year we put together a surveillance plan. So, in certain areas of the state we are looking to collect more samples from deer that are harvested. This year we are focusing on about 18 counties in the northern part of the state. And we have a lot more sampling options available to hunters. They could drop off samples at a self-service kiosk, or a business like a processor or taxidermist, or even at a DNR office location. We also have individuals or groups that are adopting kiosks for us.

Melissa Ingells: So when you say sampling, does that mean samples of all deer, to see if it’s in the general population? Or do you mean samples of deer that maybe are thin or emaciated or were acting funny — that hunters might suspect have CWD?

AK: We do ask that anybody that does see a sick deer report it to our staff. But with the deer hunting season right now, we want to have those deer definitely submitted for sampling.

What Parts Of The Animal And When?

MI: Is that pre-old storage or post-cold storage? I know some years it’s been astoundingly warm when you get your deer, and you can’t hang it in the garage for too long.

AK: We do prefer that hunters bring the sample — usually it is the deer head, though sometimes they can go to a location where just the lymph nodes can be collected — but we do prefer those samples to be brought to a location as soon as possible after harvest.

Those locations are checked multiple times weekly, so they shouldn’t be sitting in a kiosk, for example, for that long before it makes it down to a processing center. If a hunter is not able to get to a location within a couple days or so, they can always remove the deer head and if they can freeze it, that would be a way to preserve it until they can get it to one of those locations.

MI: But primarily you’re just interested in the head for testing, not the rest of the deer.

AK: We do just collect the lymph nodes. Typically for the sample that’s submitted for CWD testing it would be the deer head and at least a few inches of neck attached to it.

MI: What about carcass disposal?

AK: On our DNR web page we have a map with locations across the state — landfills, transfer stations, or even some dumpsters we have out there that are available to hunters to dispose of their deer carcass parts. And it’s important to look at that map and see where locations are that are nearest to you, what their hours of operation are, and what their requirements are. If a hunter is not able to go to a landfill or transfer station or one of those dumpsters, if it’s not their own deer that they shot, or if it’s on their property, they could dispose of it on their own land if need be. But that would be only on their own property.

MI: Because of the disease’s potential spreading, you’re wanting to have what’s left after the meat has been harvested to go into controlled places, more or less?

AK: Right. Why we have these options available and why we are giving the information to hunters on what they can do for this is because if the deer did test positive, then if it was out on the landscape and the rest of the carcass decomposed, there is a potential for those prions (which cause CWD) to be in the soil, and it could be a way for other deer to become exposed to the disease. So if your carcass parts are not on the landscape, then it’s removing that potential of disease transmission.