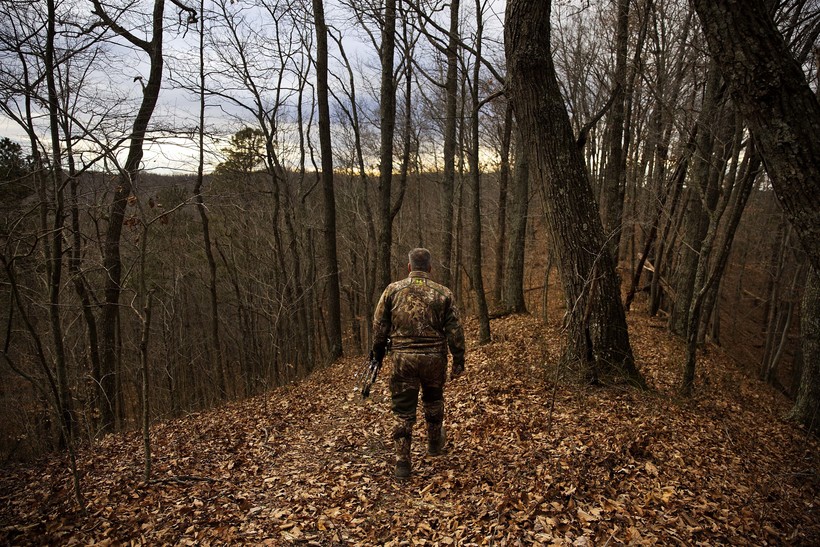 Hunters, Anglers Urged To Use Alternatives To Lead After Bald Eagle Dies

The Northwoods Wildlife Center in Minocqua recently said they treated a bald eagle after finding it lying face down on the ground — the eagle later died.

The center said the eagle had a lead toxicity level "over four times the level that would allow her to function." The culprit of the exposure was likely ingesting prey that contained discarded lead.

Lead exposure to wildlife and hunting have long been a point of concern, said Patrick Durkin, president of the Wisconsin Outdoor Communicators Association.

"We've been looking at these kind of cases since at least the 1990s, and this probably happened before then," he said.

"Once it gets into the system and gets broken down and into the blood system, it usually makes them very sick or it kills them," Durkin said.

The bald eagle found by the Northwoods Wildlife Center spent three weeks with the center getting tube-feedings and subcutaneous fluids, but once the lead reached her blood system she became too weak to handle the chelation medications that helps remove lead from the system, according to a Facebook post from the center.

Lead in ammunition is common, Durkin said, and bullets containing lead tend to be the cheaper option.

But there are alternatives. For his part, Durkin uses copper bullets when he hunts.

"Some people even call them 'hippie bullets' because folks like me that think, well, they're a good thing for the environment," he said.

"At least they're thinking about the fact there are alternatives, and maybe they end up trying them and finding out like I've done, that they work really well," Durkin continued. "They're accurate, they're hard hitting and there's really a very consistent round."

"One lead split shot is enough to kill one loon weighing nearly 12 pounds," according to the Northwoods Wildlife Center.

And fishing equipment that contains lead can also be left behind for loons, swans and ducks to pick up.

"It happens," Durkin said. "Fishing lines break, you snag the bottom and your jigger, your tackle ... breaks off and lays in the bottom."

Durkin said he has moved away from using sinkers and uses only metals that aren’t toxic. He said it’s important to know about alternatives, but acknowledged it can be a challenge.

The Effect Of Lead From Hunting On Other Wildlife 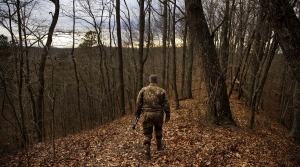 The Northwoods Wildlife Center recently found a bald eagle with high lead toxicity levels. They think it had been eating prey that contained lead. We talk to a wildlife writer and researcher about some of the history of lead bullets use in Wisconsin hunting, and what alternatives there may be.