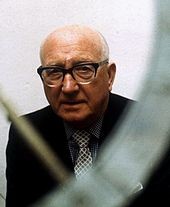 During a long concert career, English pianist Ivor Newton found that page-turners have more power than audiences realize. In a job that requires agility, quick thinking, and musicianship, they’re in a position to make or break a performance.

Newton found that, on the one hand, a dispassionate page-turner could sap his enthusiasm, and on the other, a page-turner who was too caught up in the music could distract him with heavy breathing.

During a Paris concert with cellist Gregor Piatigorsky, Newton asked the house manager to find a page-turner for him. Just as the performance was due to begin, “a fluffily dressed, extremely voluptuous” young woman appeared and said that she was going to be turning the pages.

Newton thought that she would be more distracting than helpful and told her that Piatigorsky insisted on having the pages turned by a man.

Bristling with indignation, the young lady informed him that she was a top prize-winner at the Paris Conservatory and that her father was a person of considerable importance. She complained to Piatigorsky, who bowed, kissed her hand, and said, “We shall be charmed, Mademoiselle. With your assistance we shall play as we have never played before.”

He was right. Newton put up with one mishap after another as the eye-catching page-turner blundered her way through the entire performance. Her puffy sleeves got in his way, her long pearl necklace clacked on the piano keys, and more than once, she brushed the music from the stand.

During World War II, in one of London’s East End air-raid shelters, there was no music stand at all, and Newton asked if someone would hold the music while he played. The alluring young woman who volunteered was very capable, but her tattooed arms, with images that disappeared above her sleeves, broke Newton’s concentration because he couldn’t help wondering “what curious pictures might be just out of sight.”