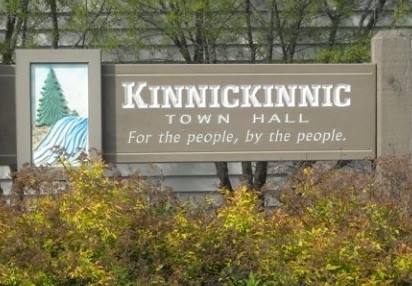 Frac sand mining companies face a one-million dollar per day fine if they dig in the Town of Kinnickinnik during the next year. The penalty is part of a sand mining moratorium, and is the most expensive fine the industry faces in the state.

A frac sand mining moratorium is a resolution passed by local government that bans any new mines or processing facilities up to one year. It's meant to put a halt on fast growing industries and give a municipality time to study the industry and possibly craft regulations for it. Currently at least four counties have passed moratoriums, as have around 19 cities, towns, and villages. But what separates Kinnickinnik from the rest is the fine for ignoring the moratorium. And what a fine: one-million dollars for each day a company mines. Bill Gnatzig is a town supervisor, "Rather than chase our tails and try to figure out how much profit is there and where would that breaking point be we just put a number in there that we thought would stop anybody, it would certainly stop anyone of us on the board, let's put it that way."

John Behling is an Eau Claire attorney who represents frac sand mining companies. He says Kinnickinnik's fine is ridiculous, "To call for one-million dollar a day fine, it's unheard of and it seems to be either vastly overreaching or a town's attempt to unfortunately raise its coffers off of an industry's back."

Although Kinnickinnik's moratorium lasts for one year Gnatzig says they could drop it earlier if regulations come together before it expires.