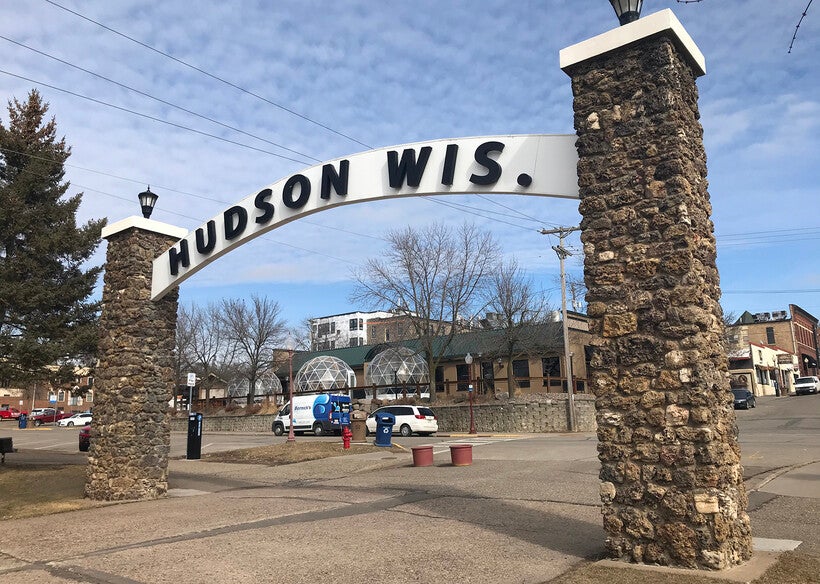 John Kraft resigned as Republican chair after his post calling on conservatives to 'prepare for war' was widely criticized
By Rob Mentzer
Share:

A Hudson Common Council member will have to offer a public apology or face a potential censure after she objected to making a former county Republican Party chair who told conservatives to "prepare for war" a city poll worker.

John Kraft was pressured into resigning from his position as St. Croix County Republican Party chair in January 2021 after the website he created for the county party was met with widespread condemnation following the Capitol insurrection on Jan. 6 of that year. The site included messages posted after the November election that called on local activists to "prepare for war" and said Republicans "need to start local by eliminating leftist tyrants from all local and County positions in the upcoming April election."

Kraft, who told Wisconsin Public Radio he aims to wake conservatives up with his rhetoric, has remained active in local politics in northwestern Wisconsin. In November, the local Republican Party put his name forward on a list of partisan poll workers.

At a Dec. 6 meeting, Hudson Common Council member Joyce Hall objected to Kraft's inclusion on the list. In that meeting, she alleged Kraft "is calling for civil war" and "at one of our meetings he was wearing white supremacy clothing," a reference to a sweatshirt Kraft wore at an earlier meeting showing a Templar cross and a print styled to look like a knight's chainmail.

WPR obtained a copy of an email Kraft sent Hall after the meeting:

"Joyce: I truly feel sorry for you," Kraft emailed Hall at her City Council email address. "Your actions, in my opinion, rise to the level of defamation through slander." 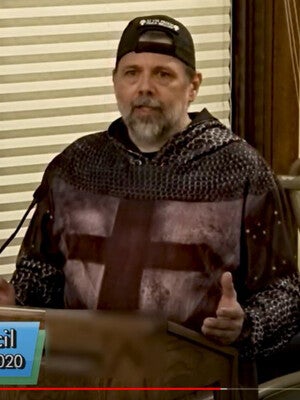 John Kraft wore a sweatshirt with a Templar cross and chainmail pattern while speaking at a public meeting in Hudson. Image via report to Hudson City Council

Kraft followed up by filing an ethics complaint with the city. It hired an attorney to investigate; a report filed last week found the claim that the sweatshirt symbolized white supremacy was unfounded. It also found Kraft had called for "war" in social media posts but that his rhetoric could refer to a political or culture war. Kraft denied calling for political violence in an interview with investigators.

On Thursday, Hall offered a partial apology at a meeting of the city's ethics committee, saying she had not had time to prepare remarks prior to the meeting. She stopped short of offering a public apology specifically to Kraft, something his complaint and two fellow council members and the city's mayor called on her to do. After a sometimes-contentious discussion, the committee voted to require her to offer that apology at Tuesday's City Council meeting or face the possibility of censure.

In an interview with WPR, Hall acknowledged her offhand remarks were inappropriate, but said she had reason to object to making Kraft a poll worker.

"I stand behind my actions," Hall said. "We want everyone to feel comfortable voting in the City of Hudson, and we do not want anyone to feel intimidated by having someone there who does not exemplify the messages of inclusion."

Kraft on 'war' rhetoric: 'I would do it again' 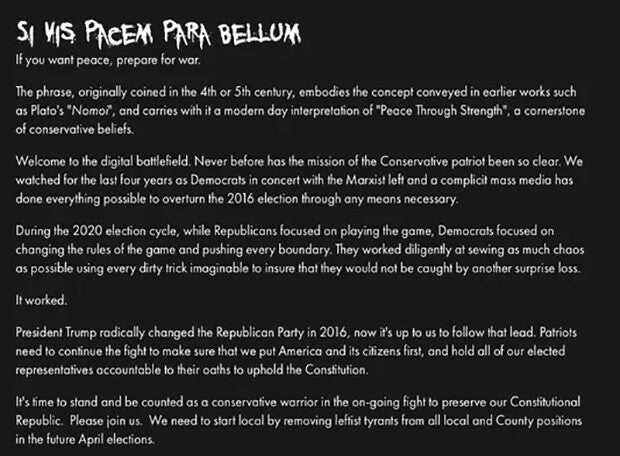 St. Croix County Republican Party chair John Kraft was pressured into resigning from his position after he posted a message online calling on conservatives to "prepare for war" in the weeks leading up to the insurrection of Jan. 6, 2021. Screenshot via Hudson City Council report

Kraft's 2021 resignation as county party chair received widespread media attention, coming in the tense days after the insurrection. His rhetoric was condemned by the St. Croix County sheriff, a Republican. In a statement announcing his resignation, the county's Republican Party wrote, "We reject the language used and have taken down the website."

But the story didn't end there. Members of the county party's executive committee were replaced in a caucus only weeks later. Kraft said that's evidence that the party's membership didn't agree with his removal.

"I am completely unapologetic," Kraft said. "I would do it again. I was absolutely correct."

In February, he wrote in a Facebook post, "Guess what? Not backing down," about his rhetoric. He encouraged people to attend a June rally in St. Croix County designed around a bizarre conspiracy that former President Donald Trump would be reinstated in August. On Nov. 4, he wrote, "Happy Election Theft Memorial Day." When asked in an interview with WPR who won the 2020 presidential election, he answered, "Joe Biden."

In his posts online and in the interview, Kraft can blur the line between metaphor and militancy. He called the Jan. 6 attack on the U.S. Capitol "horribly wrong" but denied that it was an insurrection. He defended the use of war as a metaphor for partisan politics while also repeatedly declining to qualify the phrase.

"It's no longer preparing for a war," he said. "It's: Start acting like you're in one. And that's got nothing to do with violence. That's got to do with, we need to use the tools that are out there and available the same that the opponents do."

Kraft notes that war metaphors are common in politics, and he denies any connection between online rhetoric and real-world violence. When a community group in Hudson hosted a public discussion about diversity in September 2020, a commenter on the GOP's Facebook page, then operated by Kraft, advised people to "bring your AR-15s and get rid of these communist Punk a---s." At the time, Kraft denied that was a threat. The discussion included jeering and disruption by some attendees but no violence.

"It is my job to wake up other conservatives," Kraft said of his posts. "That was my job as the Republican Party chairman. That continues to be my job as a political activist outside the party."

Hudson Mayor Rich O'Connor and some other City Council members have been harsh with Hall in public comments. In Thursday's ethics committee discussion, O'Connor called Hall's allegation of white supremacy "egregious." Hall ran against O'Connor for mayor in 2020.

The Templar cross and other medieval imagery has been used by hate groups in the past. Kraft told investigators it was a symbol of his Christian faith.

"This doesn't look good, for us to cherrypick people," Morrissette said. "It's partisan, and it's petty. I have a challenge with your husband being on the same list, but I'm not going to object to him."

Wisconsin law says the council can block a poll worker's appointment "for good cause." But the definition of "good cause" is hardly clear. The attorney's report on the ethics complaint noted a state Supreme Court finding that "the cause must be one which touches the qualifications of the officer for the office, and shows that he is not a fit or proper person to perform the duties."

Kraft said his objection is that Hall made false statements about him to try to prevent him from working the polls, where he said he is "interested in keeping an eye on absentee ballot processing." He said he's "completely unconcerned" with the outcome at City Council. The Hudson City Council meeting is at 7 p.m.

But he clearly enjoys being the subject of local controversy.

"You seriously can't make this stuff up," he wrote on Jan. 5 after public commenters supported Hall at a council meeting. "I'm apparently an all-powerful intimidating force."