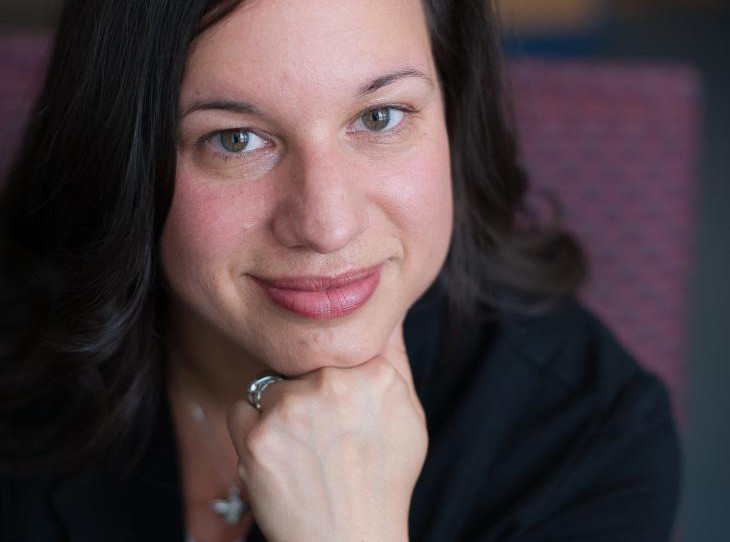 It's a sadly familiar story for many professional women: a bright, newly-minted banking regulator sits around a conference table packed with male colleagues. A higher-up walks into the room, seeking someone to examine a tax document. She stands up and enthusiastically volunteers. He stares at her condescendingly and says, "Sweetheart, you don't know how."

"And she was just livid, just livid. But it was all on the inside. She didn't express any of it," said Veronica Rueckert, a vocal coach and former Wisconsin Public Radio host. She shared the woman's story with Anne Strainchamps for "To the Best of Our Knowledge"

So what does our bank examiner do now?

"Blow up the room," Rueckert said. "You have to do it over and over. And it's hard work and it's uncomfortable but you can't let them get away with that. Don't let it get by."

Rueckert said the experience this bank examiner had isn't uncommon.

In her work as a vocal coach, she has taught women to embrace the power of their voices — both the physical power of their breath and the mental power of evading being interrupted, talked over, or otherwise marginalized in the workplace and beyond.

"Women deal with this in different ways — some women really push back," she said. "I coached one professor who said she leans back and puts her feet up on the table when she feels someone is pushing her back and kind of silencing her voice or marginalizing it. She really takes up space, which is one great alternative."

Rueckert recently wrote about her experiences in a book, "Outspoken: Why Women's Voices Get Silenced and How to Set Them Free." Speaking with Strainchamps, she shared other ways women are silenced and offered advice for how to best tap into the power of their voice.

Your Breath Makes You Powerful

Veronica Rueckert: What I try to do with people is to reverse that process and have them unfurl. To open their chests up, roll their shoulders back, release their bellies. You've got to start by making friends with your belly because your belly is what gives your voice strength. So it's using those muscles — supporting with the diaphragm — that will make your voice strong and rich and resonant and all these beautiful things, which help you use it as an instrument. And so I do start with that, it's that important.

The other thing, which is super important about all of this, is that that lower abdominal breath, which is so vital to the strength of our voice, also does double duty in that it reduces anxiety. So if we have any stage fright or any kind of anxieties associated, this really calms the whole nervous system and allows you to move back from maybe something as extreme as fight or flight back to a position of having a calm, steady mind.

Speaking Above A Whisper In The Office

VR: I completely stumbled on this because I had a client that I loved and we were having trouble breaking through. She had this whisper voice, this sort of husk of a voice. And it didn't have strength, and it felt fatigued. I just had trouble hearing her and I was trying to figure out where it came from.

Finally I asked her, "Do you by any chance work in an open office space?"

We finally took a tour of her office — it was beautiful, modern, open and airy, but completely exposed. There was no acoustical privacy for a voice there. And women have already been socialized from a super young age to be accommodating team players, to anticipate others' needs, to not to disturb, not to make waves, to be a good girl. And so you put them in these office spaces where it's like you have to be killed with consideration. You have to be that person who is so kind and considerate that you never raise your voice above a whisper.

Failing (banning cubicle farms), I think maybe we can have breakout rooms where women can go and try to use their voice to full effect. Or maybe we don't have to penalize being loud in these spaces. You could have noise canceling headphones for people who want to really hunker down and work, but you can also have female leadership that says, "Yes, we're going to use our full voice. Here we are in this environment and we're gonna talk anyway. We're gonna use our voices anyway with strength."

VR: I think that's one of them is this game of chicken where you dive in. You have to find your moment. Everyone has to breathe sometimes and there is a pause. You'll find these natural kind of micropauses in the conversation, and then you have to be ready.

You quickly have to go in louder than the person who's speaking. And if they try to keep speaking, you have to talk just a little bit louder than them for longer than them. You don't look at the person talking, because that grants them power to continue — you might hold up a finger in their direction, like a schoolmarm figure or "let me finish." "Hang on one sec, I'm gonna keep finishing." Or you can say, "You know Bob, I wasn't done with my point, let me finish that and we'll get back."

So there are certain things that depend on your comfort level, and whether you're having a damn-the-torpedoes kind of day, or whether you want to be a little more circumspect about it.

Here's something encouraging: Madeleine Albright — super powerful, super inspiring woman — said to this day, she feels a squirm of discomfort when she interrupts in a room full of men.

It's hard for everybody. But we have to do it anyway.

VR: If you're someone who's leading a meeting — maybe it's a recurring meeting, and there are a few women there may be more men — you could require the participation of everyone more. Or you could simply say we want everyone to talk, so that's going to be a priority from now on — we want to hear everyone's voice.

(For) some people who may not be as comfortable — maybe they have social anxiety, maybe they're going through a depression, who knows what these reasons are — if we really care about voices, we'll create the (alternate) channels. And they can email you after with those ideas, and then those ideas get shared with the group.

Men Creating Space For Women To Speak Up

VR: None of this is obvious at this point because it's so baked in. It's been like this for generations. You go back to Aristotle, who said "Silence is a woman's glory." Susan B. Anthony saying people were more ticked off about women speaking in public than they were about giving women the right to vote.

What we can do is try to unlearn some of this, or at least learn new skills. One idea drawn from the discussion project at the University of Wisconsin-Madison: you can teach those who jump in first to wait. You can run a timer on them and say (they) get 30 seconds to talk. And everyone else gets a minute. And you have to listen, to feel what it feels like to be in someone else's shoes.

For a woman, (they see) what it feels like to talk for a whole minute. You have to fill up the space. And if you don't fill it up, we sit here in silence and get the impacts of just what this feels like. And so this is very telling for people who participate. They get the flip side of that experience.

We do have to condition men and other dominant speakers what it feels like, and how important it is to make room if someone's not speaking, to point to that person and say, "We haven't heard from you yet. What would you like to contribute?" And to draw out those voices that tend to get silenced or pushed to the side.

And really, it's not even just who's talking but what contributions are we missing?