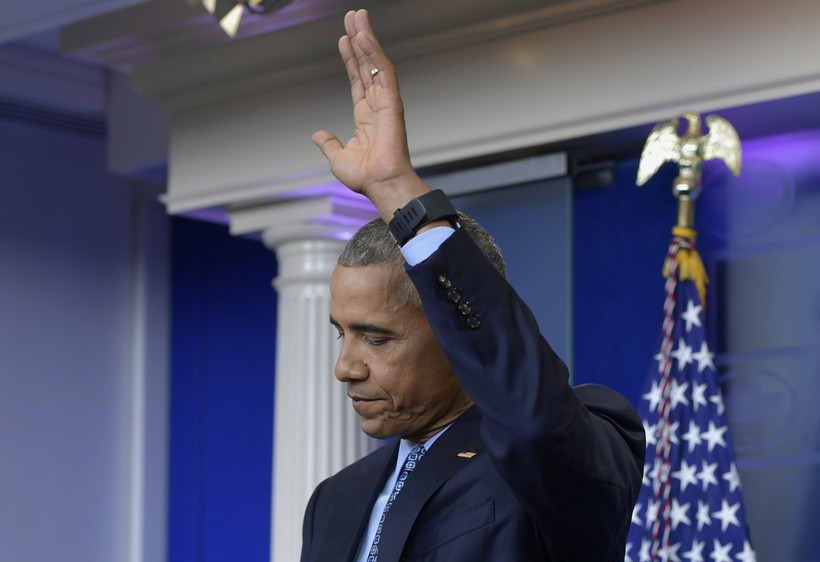 President Barack Obama waves at the conclusion of his final presidential news conference, Wednesday, Jan. 18, 2017, in the Brady Press Briefing Room of the White House in Washington. Susan Walsh/AP Photo

How Will Obama's Legacy Be Judged? It Could Largely Depend On Trump

Obama May Be Viewed As A "Perfectly Fine President," Political Scientist Says
By Breann Schossow
Share:

It's almost certainly too early to make out a clear picture of Barack Obama's legacy as president, but even without the benefit of hindsight, Emory University political scientist Andra Gillespie says comparing his successes and shortcomings in office with those of past presidents can offer useful clues about about how history will view Obama's time in the White House.

"I think, by the time the historians get through with their rankings, he will be judged, in part, according to the presidents who come before and after him," she said.

Gillespie pointed to the low approval ratings President George W. Bush was saddled with when he left office; compared to that, Obama "looks much, much better," she said.

In terms of ranking Obama against other past presidents, Gillespie said he will be given credit for things like pulling the U.S. economy back from the brink of collapse and for social transformations in American society, specifically in respect to LGBT issues.

However, she said he'll probably lose points for not being able to solve ongoing conflicts in Iraq and Afghanistan, and will get negative credit for pulling out of Iraq and creating the voide from which the Islamic State group emerged. Gillespie added that there will also be some questions about his records on civil liberties.

"I think, at the end of the day, his record will not be something to be ashamed of, she said. "He probably isn't going to, you know, rank at the same level of George Washington or an Abraham Lincoln or a Franklin Roosevelt.

Part of the reason those men are so revered, Gillespie said, is because they either created things anew, or led the country through tremendous crises.

"While the recession of 2008 and 2009 was a definite crisis, it doesn't quite match the crises that Franklin Roosevelt faced with the Great Depression and with World War II," Gillespie said. "I think ... (Obama) will be viewed as a perfectly fine president."

Gillespie noted that Obama's legacy is inextricably tied to President-elect Donald Trump's presidency. If Americans see Trump's tenure as a success and, "if he really was the shake-up the needed to happen in Washington, then by comparison, President Obama's star dims a little bit," Gillespie said.

However, if Trump's presidency fails, Gillespie added, then Obama by comparison looks better.