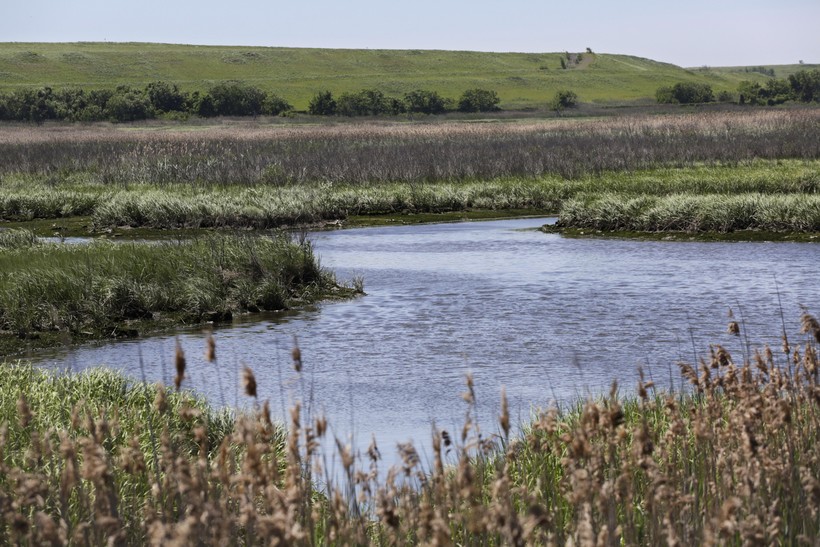 Scientist: Wetlands Make Up 5-8 Percent Of Land Surface, Yet Hold Up To 30 Percent Soil Carbon
By Mary Kate McCoy
Share:

Despite a somewhat murky reputation, swamps play an important role in the environment — and with increasing heavy rainfalls and drought, that role is becoming even more crucial.

"There just hasn't been a full appreciation by climate scientists of the significance of wetlands," said Gillian Davies, a visiting scholar at the Global Development and Environment Institute at Tufts University.

"They occupy a really small percent of the land surface, but have a disproportionate role in pulling carbon out of the atmosphere and storing it and keeping it locked up," she said.

That misunderstanding goes back thousands of years, Davies said.

Wetlands occupy between 5 and 8 percent of land surface on Earth, yet they hold up to 30 percent of the soil carbon, Davies said.

"That is really important because when carbon is in the soil it's not in the atmosphere," she said. "The plants in a wetland will pull — as all plants do — pull carbon out of the atmosphere and then when they die, microbes decompose it into soil."

Because wetlands are flooded with water, that water prevents the organic material from decomposing back into the atmosphere and releasing carbon to the atmosphere, she said.

Davies compares wetlands to forests, saying "they act as lungs for the planet."

Some of the biggest sources of this soil carbon are located in the northern latitudes where there is essentially frozen wetland soil called permafrost that has been locked there for thousands of years, she said.

"As temperatures warm, that permafrost is thawing and as it thaws through releasing large quantities of carbon which then create more warming because it's adding carbon to the atmosphere from the organic soils."

Yet, wetlands aren’t just critical because of their relation to carbon.

In light of the recent flooding around Wisconsin and Hurricane Florence in the southeast United States, wetlands also have their part to play.

"They store water during flooding and there are now some recent studies that have been looking at how much wetlands prevent flood damage," Davies said.

Coastal wetlands saved $625 million worth of flood damage following Hurricane Sandy in 2012, according to a study published in Scientific Reports.

And on the opposite end of the spectrum, they help balance out droughts, Davies explained. Wetlands store water on the landscape, and then become a source of water when we need it.

Davies estimates that about 50 percent of wetlands have been lost due to human development, though it varies by location and some areas have not been measured.

While artificial wetlands can be created to mitigate the impact of losing natural wetlands, it isn't the same, she said.

"They are not as good, generally speaking," she said. "Ecosystems are very complex and they take hundreds or thousands of years to evolve … creating a wetland definitely helps to replace some of the functions, but we find that time is an important component."