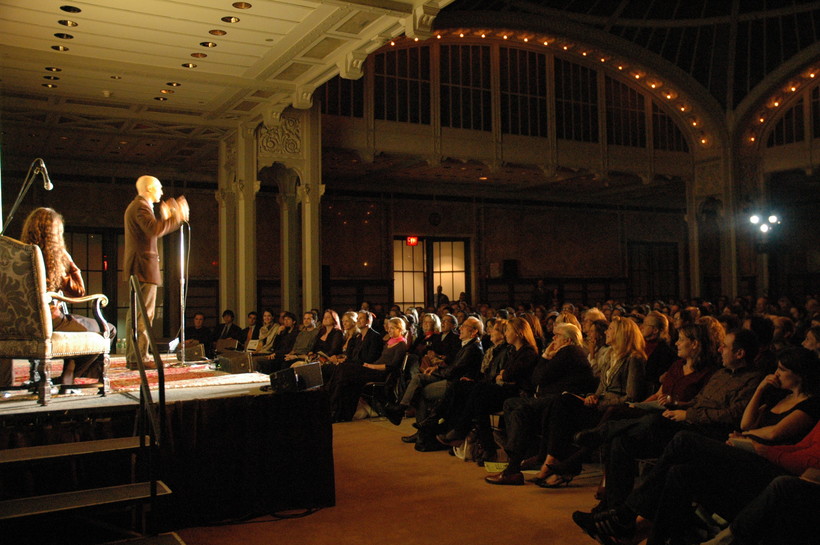 Photo courtesy of The Moth

How To Tell A Great Story For 'The Moth'

A group of local storytellers will take the stage Wednesday night at Turner Hall Ballroom in Milwaukee to share stories on epic battles, tough choices, false accusations and redemption as "The Moth Mainstage" rolls into town.

The Moth, a nonprofit dedicated to the art and craft of storytelling, has regaled listeners worldwide with thousands of stories through its acclaimed public radio show. Wednesday night’s theme will be "eyewitness," and will feature stories that explore truth in the eyes of the beholder.

1. There need to be stakes.

When listeners realize there’s something on the line, Bowles said they’re more likely to be receptive to a range of emotions.

"I think one of the fundamental things is that people want to connect and feel these emotions — starting with laughing, and then being choked up a little, then getting a chill at the end — and when a story makes you feel something, I think it’s really successful," she said.

2. Memorize as little as possible.

Bowles said that when storytellers recite a story from memory, they run the risk of only remembering words — not remembering the moment.

"I always say to people that when you perform or when you recite, that your audience, they critique you. It's like a theater critic," she said. "But when you get up and you share a story and you're vulnerable and you talk about your emotions, then people lean in and they want you to do well and they lift you up. And that critical aspect is gone."

Another ingredient to the Moth style of storytelling includes not only having prepared a first line that sets up stakes or grabs attention, but really knowing your ending. A bad ending, she said, can really kill a story.

"I always say to people, ‘Know your ending, know that last line.’ That's the one thing you can memorize," Bowles said. "Because then it's like a dismount — it's your landing, you can see it coming and you can work your way to it. Because if you don't know your ending, you tend to circle it and say it in a variety of ways."

Bowles has worked with each of the storytellers slated for Wednesday night's event to hone their stories and incorporate some of the elements above. Those storytellers will include a U.S. Army National Guard soldier from Iraq, a Polish emigrant who is also an award-winning actress and Milwaukee’s own John McGivern.