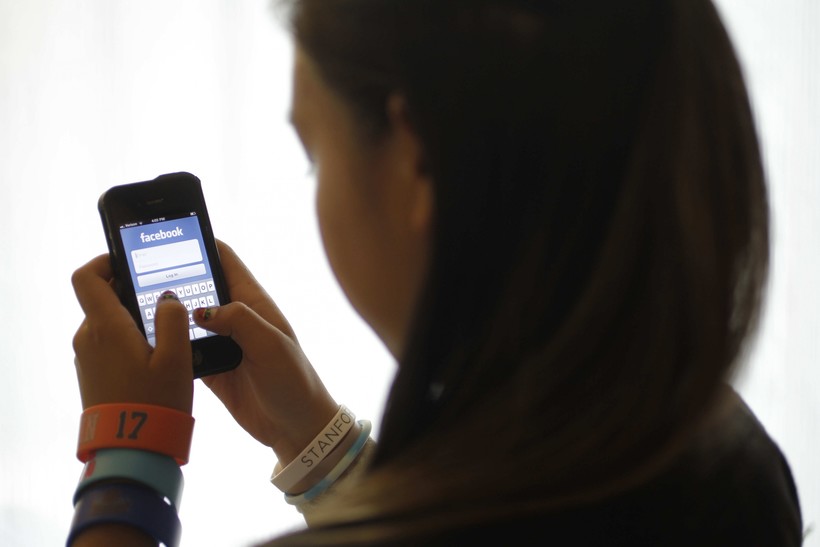 An 11-year-old girl logs into Facebook on her iPhone.
Paul Sakuma/AP Photo

How Technology Defined The Next Generation

They’re unhappy. They’re obsessed with technology. They spend all of their time behind a screen.

Those characteristics are often used to describe millennials, but psychologist Jean M. Twenge said they more accurately fit the post-millennial generation: those she calls iGen, born between 1995 and 2012.

Twenge is a psychologist and the author of a new book, "iGen: Why Today’s Super-Connected Kids Are Growing Up Less Rebellious, More Tolerant, Less Happy–and Completely Unprepared for Adulthood."

She said post-millennials, also referred to as Generation Z, are drastically different than any generation before them. Her research suggests one reason why.

"iGen is really the first generation to spend their teen years with smartphones," said Twenge. "The average teen spends six to eight hours a day with a screen. If you include TV, it goes up to almost 10 … That has had a really big effect on the rest of their lives, it really has ripple effects on how they socialize and their mental health and so on."

According to her research, today’s teenagers spend less time socializing with their friends in person. They’re more likely to be clinically depressed than teenagers 20 years ago, and more likely to say they are unhappy, a statistic Twenge said began to spike in 2012.

"Teens are telling us that they’re not happy. And that happened right around the same time that the percentage of Americans with a smartphone crossed 50 percent," she said. "Of course it’s hard to say that one causes the other but it’s an awfully suspicious pattern."

For her research, thousands of teenagers were surveyed on a variety of questions, including both their happiness level and how they spend their time.

Negatives aside, Twenge's findings showed glimpses of positive Generation Z behavior as well. Twenge says post-millennials have a lower homicide rate and get into less physical fights than previous generations. They're better drivers and get into fewer car crashes. They're more mindful of safety.

She also said teens today are much more tolerant than teens in the past.

"Young people today are more likely to be supportive of mothers working, they’re more likely to say that they want to support rights based on race and gender and sexual orientation," she said.

Many teenagers today don't remember a time before same-sex marriage was legal. She said they take sexual orientation "for granted," believing everyone "should be who they are."

All of these changes are pronounced. While attitude and behavioral shifts between generations are common, they typically happen more gradually, over time.

For iGen, Twenge says these behaviors were sudden; a prominent spike. After over 20 years of studying generations, it was something that caught her eye.

Many post-millennials are also self-aware of their pitfalls, Twenge said. While doing research for her book, Twenge interviewed a handful of young teens, including a 13-year-old girl who has never known a world without smartphones. Today, the average child gets their first smartphone at age 10.

Twenge said it’s important to know that smartphones aren't necessarily a recipe for unhappiness. Moderation is key, she says, and parents should be the enforcers.

"The sweet spot for happiness is moderate use. So up to about two hours or so a day is actually beneficial. After that, is when you start to get more unhappiness, more mental health effects," she said. "Use these technologies for what they’re great for, and try not to have it be something that’s in your hand six to eight hours a day."

iGen: Why Today’s Super-Connected Kids Are Growing Up Less Rebellious, More Tolerant, Less Happy--and Completely Unprepared for Adulthood--and What That Means for the Rest of Us

iGen: Why Today's Super-Connected Kids Are Growing Up Less Rebellious, More Tolerant, Less Happy--and Completely Unprepared for Adulthood--and What That Means for the Rest of Us