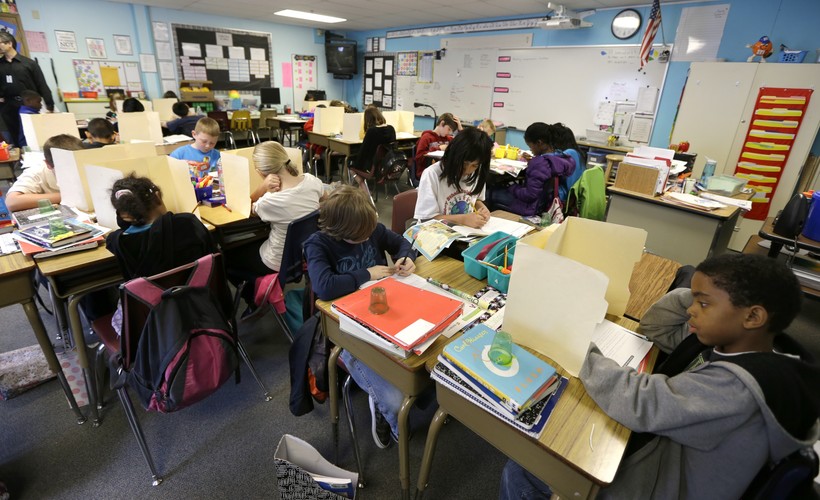 How To Talk To Your Children About Race

If you’re not already talking to your children about race, Andrew Grant-Thomas says you should start.

Studies show that infants as young as 3 to 6 months categorize people based on race. And as early as 3 years old, children can form and express racial preferences.

But it can be hard to know where to start such a conversation. Grant-Thomas knows that personally.

"I think the crowning factor was becoming parents to two brown-skinned girls who are now 6 and 9," he said. "And looking for the resources ... to help us help them negotiate race, and its challenges and opportunities, and realizing that there actually was very little out there."

His organization, EmbraceRace, tries to tackle that. The website shares a tip sheet that helps parents of all backgrounds talk to their children: Face your own bias. Be honest. Develop your own racial cultural literacy.

Some parents try to take a "colorblind" approach to talking about race. Grant-Thomas doesn’t recommend that.

"Aspiring to colorblindness is very different from insisting that the world and our society as it is now is already colorblind," he said. "In a world, in a society in which criminal justice, and the economy, health care, education, employment are all profoundly race-conscious, pretending not to see race … really is only hurting the people who are the most vulnerable to begin with."

Some research has suggested the color-blind approach can make children less likely to recognize racial discrimination.

Grant-Thomas said it’s good to explain to your children that people don’t fit into stereotypes based on their racial identity alone. But he cautions not to pretend those racial identities don’t exist.

"There are all the differences you could possibly imagine within each of those groups. So to say that you know someone on the basis of racial identity alone certainly doesn’t make sense," he said. "On the other hand, the truth is, that in this society we make these distinctions. This is not just my personal sense of things. We have tons and tons of research that takes our subjective opinion out of this and tells us what we see."

He points to self-segregated friend groups as an example. A 2014 study found 75 percent of white Americans had no black friends. Less than two-thirds of African-Americans had no white friends.

"To think that (your children) don’t see race, that at school they’re not talking about their peers and friends about race, is frankly ... just not true," Grant-Thomas said.

One key for parents to begin a conversation about race with their children is to engage in the conversation, whenever they may bring it up.

"It might be books, it might be about their friends, school, happenings, things in the neighborhood, patterns that they notice," he said. "I think the first thing is, 'Yeah, great. That’s an interesting observation, let’s have that conversation rather than squash it,' which a lot of parents, especially white parents, try to do."

Another way to engage the racial conversation is to live it. Grant-Thomas actively tries to expose his daughters to men and women of all races and ethnicities. A simple setting to do that is when parents are hiring a babysitter.

"We try to get babysitters who are both male and female, and who have all racial stripes, not least so that I, as a black man and black father, am not the only male of color they see as a loving provider for them," he said.

Grant-Thomas also emphasizes parents shouldn’t put too much pressure on a single conversation about race. Instead, take the conversations over time as your children age.

The EmbraceRace tip sheet says parents should "plan for a marathon, not a sprint."