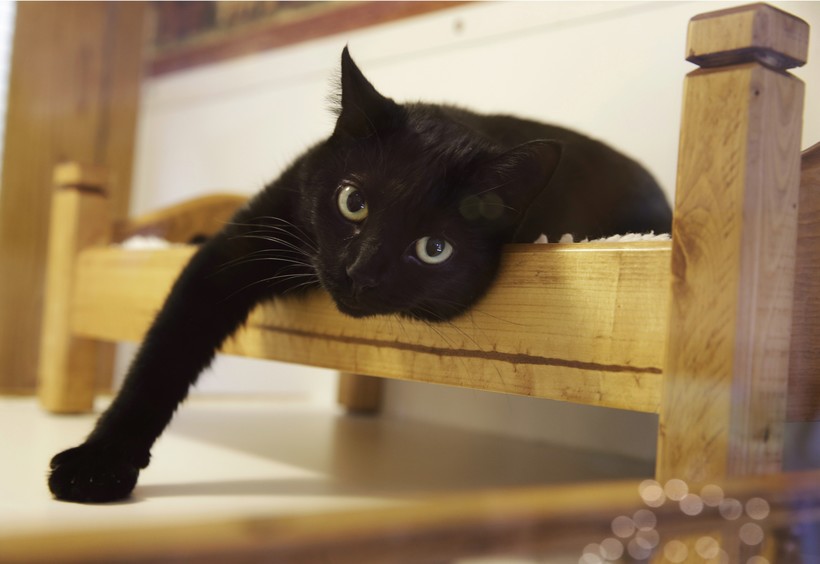 How To Stop Your Cat From Ruining The Sofa Without Surgery

One Vet's Alternatives To Declawing
By Colleen Leahy
Share:

In the past year, lawmakers in New York and New Jersey have proposed outlawing the declawing of cats. Although none of the bills have passed and the surgery remains legal throughout the United States, it may be cheaper and easier to deal with your cat’s scratching in nonsurgical ways.

Sandra Sawchuk, an instructor at the University of Wisconsin-Madison School of Veterinary Medicine, joined "The Larry Meiller Show" to give tips on how to deal with unwanted scratching behavior.

So how do you deal with a sofa-ruining feline without surgery? Here are a few suggestions:

Trim your cat’s claws regularly
"Cats' are the easiest to trim. Have your veterinarian show you," Sawchuk says.

Sawchuk prefers to have the cat sit in her lap with its spine against her stomach so she doesn’t have to pull on their legs and feet and can see better. She also gives cats a treat so they’re calmer.

Provide scratching posts
A scratching post should be as tall as your cat is when it’s stretched out on its back legs to its full height, and sturdy enough that it can’t be knocked over, Sawchuk said.

"If you have a cat, you have to decorate for your cat," she said.

Don’t encourage play with claws
"I see people do this all the time, where they pull their sleeve over their hand, and they rustle with the cat. The cat starts learning to grab with their claws and scratch, and it becomes kind of normal play for the cat, because we encourage it," Sawchuk said.

Instead, use a wand or string toy so you’re not encouraging your cat to scratch you or use their claws when playing, she said.

Address anything that may be causing stress or conflict
This is especially pertinent if you have multiple cats or other pets in the house, Sawchuk said. Make sure there is enough space to eat, sleep, play and use the bathroom for all the animals in the house, so the urge to mark territory by scratching isn’t as intense, she said.

Try products that thwart nature
You might try SoftPaws, protective plastic caps for your cat’s claws that keep them from scratching. These will come off when your cat sheds its nail husks, though.

Feliscratchis another option. It is a solution that mimics the pheromones in cats’ feet. You can put a few droplets of it on whatever you want your cat to be scratching, and they will return to that place to scratch instead of going for the sofa. Depending on the cat, you may only have to do this once since the cat will learn and leave its own pheromones wherever you’ve applied the Feliscratch.

Sticky Paws is a two-sided tape you can put on furniture to discourage your cat from scratching in unwanted areas.

Although declawing is generally a safe procedure, many people don’t realize that it is a misnomer; it is actually an amputation, not simply removing claws. It’s equivalent to removing human fingers at the top knuckle, Sawchuk said. That’s what has led states like New Jersey and New York to consider outlawing the procedure as animal cruelty.

Declawing has changed in recent years; for example, many vets are now doing laser surgery, which is less painful, Sawchuk said.

"If you’re contemplating declawing, talk to your veterinarian about all the options, all the different methods that can be done before you make that decision," she said.