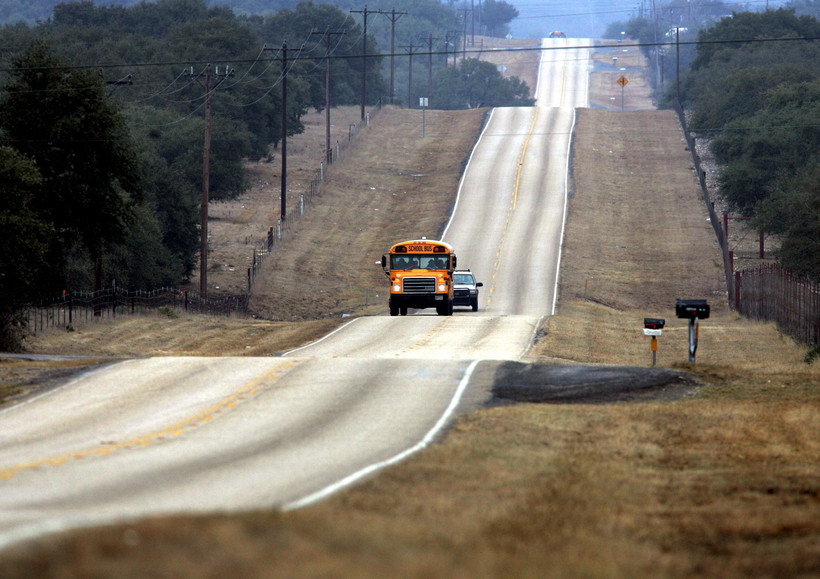 The leader of a rural Wisconsin school district says the state's road conditions are so poor it's having a negative impact on instruction.

West Salem Superintendent Troy Gunderson says because of increased bus repairs, the school district has had less money to invest in books, technology and teachers.

"We're slowly strangling our infrastructure due to an unwillingness to invest in it and the consequences are far reaching," Gunderson said. "It just happens that in my business it comes in the form of increased maintenance costs on our buses, longer rides and a shorter life span for that bus, so we're replacing them more often."

The West Salem School District owns and operates a 26-bus fleet and provides transportation for many of its 1,800 students. State law requires schools to provide transportation to students who live more than two miles from the school they are eligible to attend.

Gunderson said poor rural road conditions in La Crosse County mean the school district has had to deal with unusual maintenance costs — from broken shocks and dented tire rims to mirrors that have flown off the bus and cracked windows and windshields.

"Buses are expensive, they cost about $90,000 apiece; and if the roads are causing them to deteriorate sooner, we all as taxpayers are paying for that," he said.

The maintenance budget for the school district's buses 15 years ago was $23,000, this school year it's up to $38,000, said the district's transportation director, Rick Kline.

After inaction in the 2017 state budget, Gunderson places a lack of action squarely on the shoulders of Gov. Scott Walker and Republican legislative leaders for not funding or coming up with a long-term plan to improve the state's rural roads. Adding that the state could have avoided increasing sparsity aid to many rural schools by investing in rural roads.

But Walker spokeswoman Amy Hasenberg said that the governor has continued to increase funding for local roads.

"Governor Walker provided the largest increases in funding for local roads in 20 years in this budget, and he has invested $3 billion more in actual dollars into transportation than his predecessor," Hasenberg said in an email statement to WPR. "Governor Walker is also committed to balancing our infrastructure investments with the taxpayer's ability to pay, which is why he will never support a revenue increase for roads without an equal or greater decrease in taxes elsewhere."

Gunderson's comments this week come as the Transportation Development Association of Wisconsin kicked off a statewide tour of roads to draw attention to their poor condition.

La Crosse County Highway Commissioner Ron Chamberlain said about half of the county's 280 miles of road need major work at a price tag of more than $100 million.

Editor's note: This story was updated at 2:45 p.m. Thursday, May 16, to include comments from the governor's office.