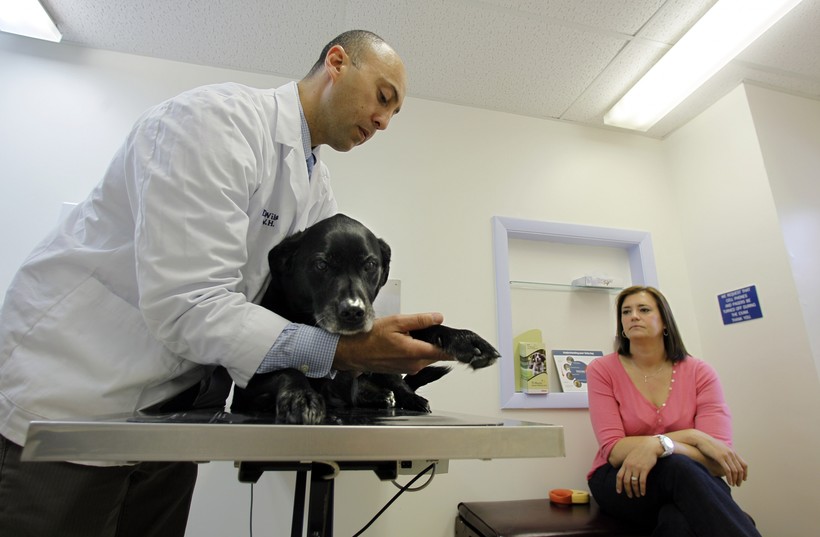 How Often Do Cats, Dogs Need A Rabies Vaccine? It Depends.

Professor: Local Ordinances, Not Science, Is The Determining Factor
By Jill Nadeau
Share:

Researchers at the University of Wisconsin School of Veterinary Medicine are studying how long animals are immune from rabies after receiving the vaccine, but the results of the research won't be known for quite some time, said Dr. Sandra Sawchuk.

The rabies vaccine lasts longer than three years, but because testing is very costly and time prohibitive, no company is willing to conduct research to see just how long the vaccine is effective, Sawchuk said.

"I’ll bet that we’re going to be seeing, in the future, vaccines that have longer expiration dates where we may say (that) you do it every five years," Sawchuk said. But until then, "as veterinarians, our hands are tied, and we have to follow the law."

The state of Wisconsin requires dogs to be given a rabies vaccination every three years. But local ordinances may override that law and require the vaccine to be given annually. These local laws have influenced how the rabies vaccines are labeled, Sawchuk said.

"(The vaccine) comes in a one-year and a three-year version, and basically those are both the same vaccines, it’s just the label that’s different," Sawchuk said.

Pups should be given their first vaccine between 3- and 5-months-old, Sawchuk said, and a booster, which last three years, is given a year later.

State law does not require cats to have the rabies vaccinations, but municipalities generally include cats along with dogs in their rabies regulations and also require a certification saying the pet has been vaccinated when registering a pet with the municipality and receiving a license for the animal.