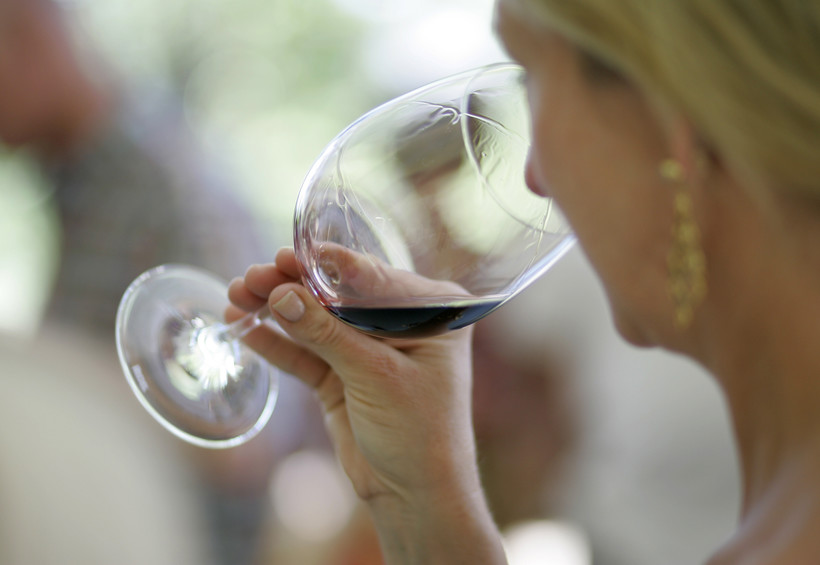 Elizabeth Funk smells the aroma of a glass of Rubicon wine at the Rubicon Estate during the annual Napa Valley wine auction in Rutherford, Calif. in 2008. Eric Risberg/AP File Photo

How The Nose Knows: Book Explores The Science Behind Our Sense Of Smell

Smells Are Made Of Molecules That Our Receptors Pick Up, Author Says
By Elizabeth Dohms-Harter
Share:

Stinky feet, rain, gasoline, manure, pine needles — no matter how you feel about these smells, there are no universal rules governing whether they're repellant or attractive.

Smells aren't inherently good or bad, explains Harold McGee, whose recent book is all about the nose. Rather, our perceptions of what we smell relate to our experiences tied to those smells.

"Nose Dive: A Field Guide to the World's Smells" reflects on why this sense developed and explains the deep tie between receptors in the nose and the part of our brain that deals with emotions, attachment and danger.

McGee was turned onto the idea of researching smells after smelling and tasting the funky meatiness of grouse while in England.

"That moment was so powerful that it got me to thinking about the sense of smell in particular, because it was that aspect of the bite of grouse that really got to me," he said.

The sense of smell, McGee said, is our bodies' way of perceiving the world around us, and our way of telling the world of our presence.

Smell is the most direct contact that we have with what's around us, McGee said. That's because microscopic bits of our environment, or single molecules, escape from the materials around us and travel into our noses. Receptors there catalog the smell and signal our brains to label that smell and perceive it a certain way.

We can identify smells because we've experienced them in the past, and our brains have developed that database of everything we've come across, McGee said.

"We draw on those databases to interpret what it is that we experience as we go through life," he said.

"It's the combination of those individual notes that gives us the overall chord — the smell of the object itself," he said.

And although that can make the scent of what we're smelling relatively complicated, we can get better at smelling. We hone those skills mostly just by paying closer attention to our environment — whether it's when we're cooking, walking down the street or trying out new perfume and cologne.

Humans have about 400 smell receptors, far fewer than most mammals. But that doesn't necessarily mean our sense of smell is worse. We're still capable of smelling an inordinate number of molecules.

By paying attention and exposing ourselves to different smells, we could get as good as — or better than — a dog is, for example, at sniffing out differences.

"It would be, I think, difficult to train a dog to detect the differences in wines or beers or cheeses that connoisseurs of those things enjoy," he said.

But there also are good reasons for the smells we do perceive. For example, McGee said the smells of pine and fir needles that abound on walks through forests serve to defend the trees from attacks by insects, molds and bacteria.

"Plants, trees, weeds aren't able to defend themselves standing stock still, and a lot of the smells that we enjoy from plants in particular are those defensive chemical weapons," he said. "We don't experience them as dangerous because we're not trying to eat a fistful of pine needles."

Got body odor? That's not just the result of bad hygiene. It's one way that we notify others and predators that we're there. Armpits smell as a way of notifying others that we're present, whether other humans or potential predators.

McGee said that our bodies make molecules that by themselves have no smell, but smell is generated after parts of those molecules are exposed to the bacteria on our skin.

"We have this kind of agreement with the microbes that live with us that we want them to let other people know that we're around," McGee said.

In some cases, smells that we might perceive positively often share smell profiles with things that don't smell so good, such as cat urine and coffee or wine, or stinky feet and cheese. McGee said that's because there's an overlap in the kinds of molecules that we register.

Take cheese and feet, for instance. Feet smell because they get sweaty, and bacteria that are growing on the surface of our feet thrive in that warm, wet environment. Those bacteria then break down our skin proteins and produce molecules that smell like stinky feet. Like the skin of feet, cheese also has high protein material, but in this case, it's from milk. In particularly smelly cheeses, the surface is washed with a brine that's similar to the composition of human sweat.

"So you end up with the same kind of thing — bacteria breaking down proteins and making some of those same stinky molecules," he said.

Exploring The World Of Smells 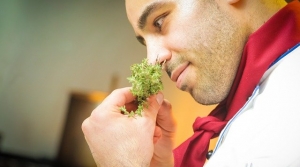 We learn about the science of smells, including how and why they are produced.